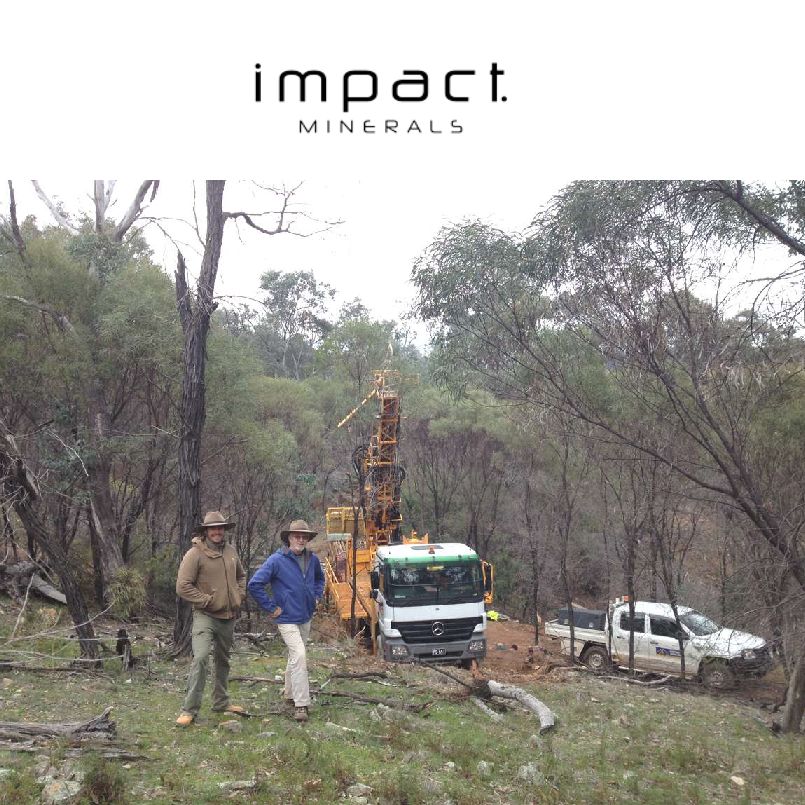 OTCMKTS:IPPTF) is pleased to announce that it has agreed to the outright purchase of Mining Lease ML2386 that covers about 500 metres of the gold-bearing unconformity at the Company's Blackridge conglomerate-hosted gold project located about 30 km north of Clermont in central Queensland (see Figure 1 in link below).

- Bulk sampling programmes to commence as soon as practicable

The Mining Lease, which is fully granted, will be acquired from a local prospector for a cash payment of $30,000 and replacement of environmental bonds of approximately $7,000 and is subject only to Ministerial consent, expected within about six weeks.

Impact Minerals' Managing Director Dr Mike Jones said "This is an excellent strategic acquisition for Impact given that it is a fully granted Mining Lease covering the gold-bearing unconformity at Blackridge. The granted Lease means that we can commence with little impediment directly to very large bulk samples, a key factor in determining grade in conglomerate-hosted gold deposits as demonstrated by the work of Novo Resources in the Pilbara region of Western Australia".

"We are in the process of submitting the appropriate Plan of Operations and also designing a test work programme which in the first instance will comprise extensive trenching to expose and map the unconformity throughout the Lease. Samples from these trenches will be processed accordingly to determine the gold content. This will be an important first step in our search for a mineable resource at Blackridge".

This announcement contains no new Exploration Results. Further details about the project and the JORC Table were given in the ASX release May 29th 2018. The Company confirms that it is not aware of any new information or data that materially affects the information included in the previous market announcement.

The Blackridge Project is an advanced conglomerate-hosted gold project that covers the historic Blackridge and Springs mining camps which produced about 185,000 ounces of gold from 1879 to the early 1900's from surface down to depths of about 70 metres in small shafts and related underground workings.

Further discoveries were made in the Clermont region including the Springs field in the 1930's and the total production from conglomerates in the region is estimated by the Survey to be more than 300,000 ounces of gold (ASX Release May 29th 2018).

Impact's project covers 91 square kilometres and comprises one 100% owned Exploration Permit (E28806) and one Exploration Permit (E26066) and four Mining Lease applications (ML 100158, 59, 60 and 61) for which Impact has an option to buy 95% from Rock Solid Holdings Pty Limited (see Figure 2 in link below). The newly acquired Mining Lease ML2836 lies in the centre of the project area (see Figure 3 in link below).

The gold produced at Blackridge was mostly hosted in basal conglomerates of Permian-aged sedimentary basins which include the mined coal measures that unconformably overlie the Anakie metamorphic rocks of Middle Ordovician age and older (see Figures 2 and 3 in link below).

The basal conglomerates at the unconformity are reported to contain most of the gold. Average mining grades at Blackridge were between 10 g/t and 20 g/t gold with higher grades of up to 10 ounces per tonne (320 g/t) gold in places, for example at the Bantam shaft (see Figure 3 in link below) as recorded by Lionel Ball of the Geological Survey of Queensland. Ball completed detailed studies of the gold field at Blackridge in a report published in 1905 (Geological Survey of Queensland Publication No. 201: publically available).

Figure 4 (see link below) is a coloured reproduction of a figure from Ball's report showing the distribution of gold within the basal six feet (1.8 metres) of sedimentary rock at the Bantam shaft (see Figure 3 in link below). There are high grades of gold throughout the sequence with very high grades of up to 10 ounces per tonne in the basal conglomerate "wash" which also contains narrow units of black shale.

The unconformity between the conglomerates and underlying schist is present at surface over about 500 metres of trend on ML2386. Much of the lease is covered by loose gravel with only a few outcrops of conglomerate and schist in places. This cover, within which small gold nuggets have been found by the Lease owner, has hindered previous exploration and there has been no systematic exploration on the Lease.

Previous Modern Exploration and Next Steps at Blackridge

Extensive exploration occurred at Blackridge in the late 1980's and early 2000's but with little completed since that time.

The most comprehensive exploration work was completed by Denison Resources Limited (Herbert, 1989: Geology and Gold Potential, Blackridge, Clermont, Queensland #CR20347) and included extensive RC drilling, opening up of some of the underground workings, bulk testing, mineralogy, geochemistry and isotope analysis. A key outcome of Denison's work is that the gold may be related to a delicate interplay between sedimentary and hydrothermal processes.

Impact is now undertaking a synthesis and review of this and other previous exploration data. This initial evaluation suggests that there may be a significant nugget effect in previous exploration drilling results which may have potentially led to an underestimate of the gold present in the sedimentary units there (ASX Release May 29th 2018).

Work by Novo Resources Corp in the Pilbara has demonstrated an extreme nugget effect associated with the conglomerate-hosted gold in that region and indeed exploration is more akin to diamond exploration with a requirement for very large bulk samples (currently in excess of several tons).

The purchase of the fully granted Mining Lease at Blackridge will allow Impact to proceed relatively quickly to very large bulk samples and an appropriate Plan of Operations is being prepared for submission to the Queensland Mines Department.

In addition research is progressing on determining the most effective sampling methods and protocols.

The programme of work will commence in October.

Progress has also been made on the grant of the four MLA's under option from Rock Solid Holdings Pty Ltd as well as the Compensation Agreement with the landowner. Native Title negotiations are also underway. Work will commence on these Leases and the Exploration Licences as soon as these arrangements are completed. 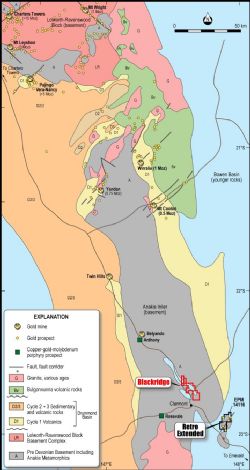 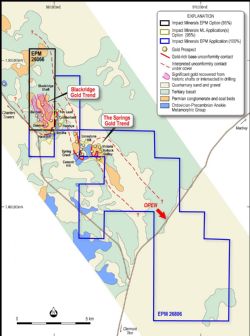 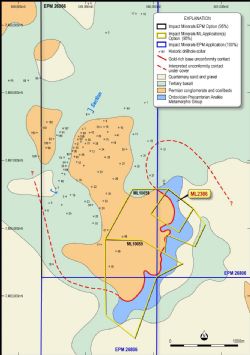 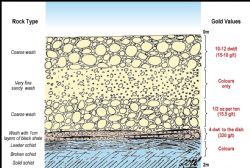 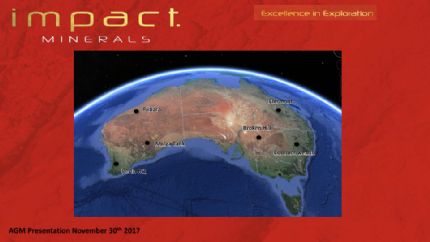 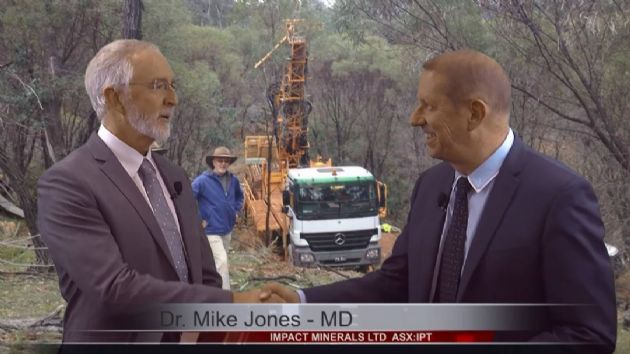