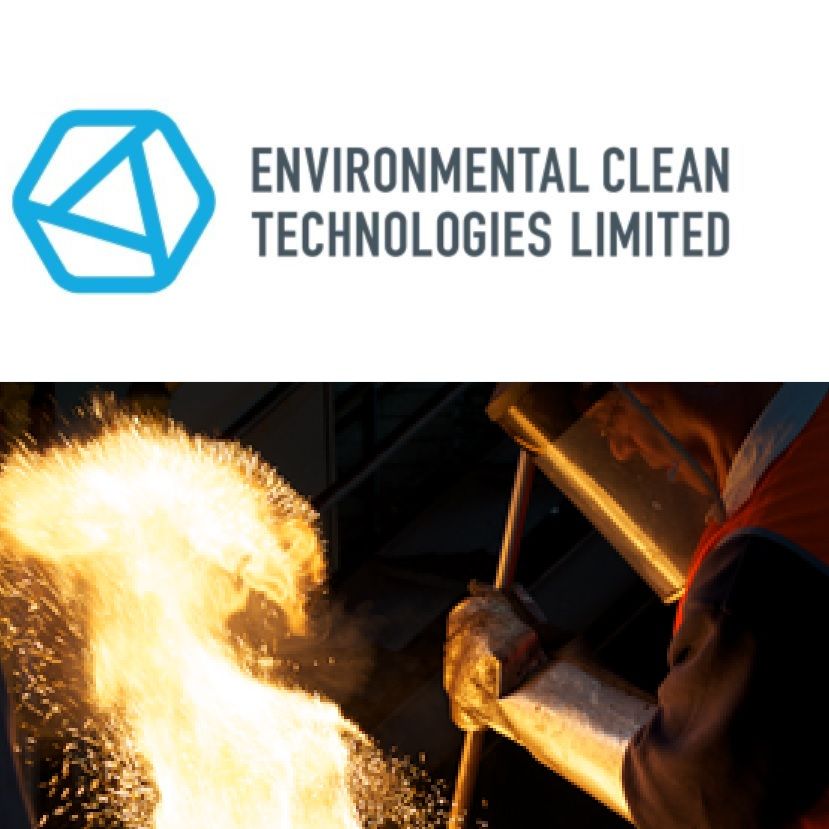 ASX:ECT) (ECT or Company) is pleased top provide the following update on the Company's India project.

Status of NMDC Board Approval

On 30 May 2018, the Company signed an historic project agreement with two Indian Government Public Sector Undertakings (PSU's), NLC India Limited (NLCIL) and NMDC Limited (NMDC), for the largest ever (~AUD35 million) research and development (R&D) project between Australia and India.

The project agreement set the framework for the collaborative development of ECT's unique resource upgrading technologies: Coldry (lignite drying) and Matmor (iron making), commencing with the preparation of the detailed sub-agreements, which are incorporated under the RCA, the terms of which were outlined on 19 November 2018.

The board of NLCIL approved the signing of the RCA on 19 November 2018, subject to approval by project partner NMDC and consultation with the Ministry of Coal.
On 23 November 2018 NMDC initially advised it would seek ratification of the previously provided inprinciple approval to sign the RCA during its next board meeting, then targeted for the first half of December.

On 18 December 2018 the Company provided a further update, noting NMDC's board meeting had been delayed and was expected to occur in early January.

NMDC has now formally announced that its board meeting will be held on 8 January 2019.

ECT Chairman Glenn Fozard commented "Clearly this timing sits beyond our previous guidance that we expected the meeting in the first half of December. Nevertheless, we're pleased NMDC have confirmed their board meeting. Following the anticipated approval to sign, we'll finalise preparations for the signing ceremony, to be held in India, at the earliest convenient time for the parties."

Importantly, forward preparations for the project implementation phase are continuing, with core objectives being the advancement of project preparations, including:

- Meetings with NLCIL and NMDC to discuss establishment of, and schedules for, the Project Control Committee (commencing January 2019)

- Meetings with NLCIL's civil engineering department to prepare for project execution, including discussion and review of the capital budget and site geotechnical requirements

ECT COO Jim Blackburn added. "We were highly encouraged following our recent meetings with the Ministry of Coal, who are driving their own internal activities to support the signing of the RCA and commencement of the project."

Amitabh is a graduate of Mechanical Engineering from Biju Patnaik University of Technology, Institute of Technical Education and Research in Bhubaneswar, India. In 2017 he has also completed an MBA (PGDM) from the Institute of Management Technology (IMT), Gaziabad, India.

Most recently Amitabh held the position of Deputy Chief Engineer (Process and Project - Iron-making and Agglomeration Processes) with MN Dastur from August 2009 until his current transition to ECT. Prior to this role, he held the position of Process Engineer (Project, Plant Commissioning and Operations) at Arya Iron & Steel Company (P) Ltd from October 2007 to July 2009.

Through these roles Amitabh has gained significant project experience, specifically in the area of sinter and pelletisation plants, working on large scale projects with major Indian companies including NMDC, Tata Steel and Jindal. Also, he holds an oversees experience with BUA International, Nigeria.

Amitabh has been appointed to the role of Chief General Manager - Project Management for ECT, joining the senior leadership team for the ECT India project. In this role, his key responsibilities and business priorities will include:

- Ensuring delivery of projects under his responsibility within agreed outcomes, schedule and budgets with a focus on planning, monitoring and managing project development risks

- Co-ordination, and where needed, management of internal and third-party resources including recruitment and induction of allocated staff positions

- Contribute to and adopting leadership of the plant design, construction and operations and evaluation program

ECT Chief Operating Officer Jim Blackburn commented "We are very pleased that Amitabh has joined the broader ECT team. He was certainly the stand out candidate for the role and, following his induction here in Australia over several weeks, and has quickly established himself as a key contributor to not only the India project, but the business overall."

Jim Blackburn commented further, "I and other members of the executive have been travelling with Amitabh in India through December to introduce him to the respective NLCIL and NMDC representatives such that he can start his program for project management and coordination from the ground up. In conjunction with Amitabh's appointment, we look forward to making further announcements in regard to direct project resources on the ground in India over the coming months."