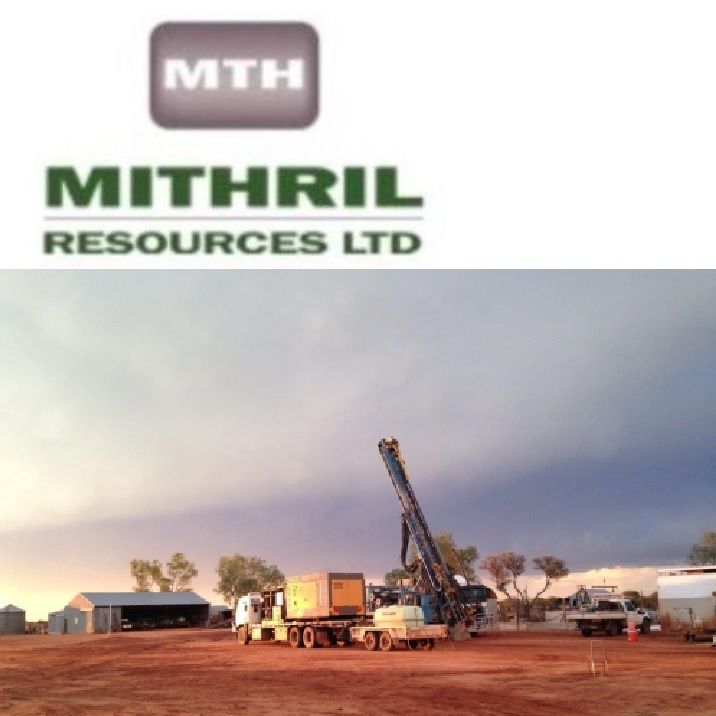 ASX:MTH) is pleased to advise that all tenements (EL's 04/2497, 04/2503, and 80/5191) at the 100% - owned Billy Hills Zinc Project (located adjacent to the former Pillara Zinc Mine, 25kms east of Fitzroy Crossing WA - Figure 1 in link below) have now been granted and the Company will commence field activities (primarily geophysics and drilling) once the Northern Wet Season concludes in late March 2019.

This follows the successful execution of a Heritage Protection Agreement with the project's Traditional Owners and separate Access Agreements with local pastoralists in late 2018.

At the time of writing, reprocessing and interpretation of historic Induced Polarisation (IP) geophysical data was underway with the aim of delineating specific drill sites within the project area.

Mithril has previously identified multiple targets ("A" and or through "D") within the Pillara area characterised by elevated rock chip results up to 14.24% zinc + lead, an untested IP geophysical anomaly and broad zones of bedrock anomalism in historic drill intercepts (see Mithril's ASX Announcement dated 12 September 2018, Table 1 and Figure 2 in link below), i.e.;

In addition, a new target has also been identified east of Pillara on EL80/5191 ("Horse Spring Range") which requires follow-up.

At Horse Spring Range zinc + lead mineralisation occurs along the NNE trending Lindner Hill Fault Zone with the bulk of historic work focussed on the Enigma Gossan which lies within the fault zone off Mithril's tenure (Figures 3 and 4 in link below).

The last of the intersections were obtained in 1992 and appear not to have been followed-up.

The prospectivity of Mithril's tenement is further strengthened by the presence of an IP geophysical anomaly (identified in 1998 - Figure 4 and Table 4) which corresponds with known mineralisation at the gossan and in the drill holes, and extends for over 1.4 kilometres on Mithril's ground with little or no drill testing.

Commenting on the announcement, Mithril's Managing Director Mr David Hutton said that the Billy Hills Project was the Company's primary focus for 2019 and he looked forward to commencing field work once the Wet Season concludes. "in addition to the targets we have already identified in the Pillara area the new Horse Spring Range target is very compelling and needs follow-up. The success of our target generation work reinforces Mithril's approach of bringing new exploration ideas to a proven mineralised district at a time when the outlook for zinc and lead is overwhelmingly positive".