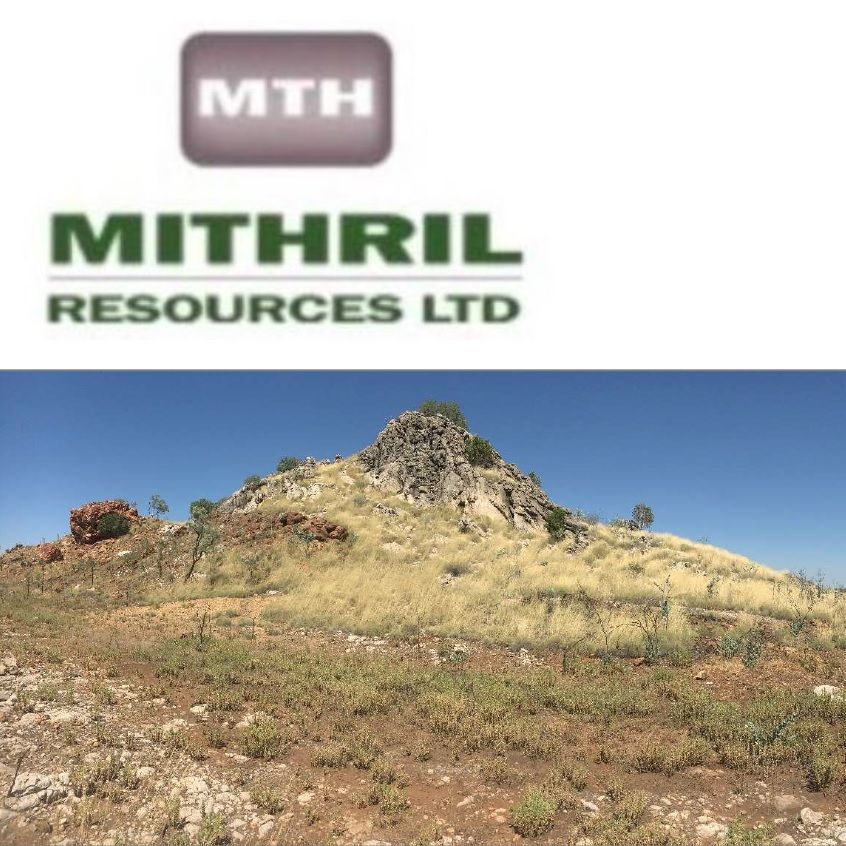 ASX:MTH) is pleased to advise that field work on its priority 100% - owned Billy Hills Zinc Project (located adjacent to the former Pillara Zinc Mine, 25kms east of Fitzroy Crossing WA - see Figure 1 in link below) will commence this week.

Meetings will also be held with the project's Traditional Owners and local pastoralists to brief them on Mithril's proposed 2019 exploration program and to organise heritage clearances of proposed drill sites.

Billy Hills is relatively under-explored with the bulk of historic drilling and geophysical testing carried out on the adjacent Pillara Mine Lease (ML04/118) which hosts the Pillara Zinc Deposit.

Of the many targets identified to date, the Firetail and Python prospects have emerged as priority targets for immediate follow-up (see Figure 2 in link below - and see Mithril's March 2019 Quarterly Report and ASX Announcement dated 15 February 2019 for all technical details including JORC information).

The fault zone extends under cover and has not been the subject to any follow-up drilling or geophysical surveying since the early 1990's.

Python is located in the far east of the project and covers a +1 kilometre - long NNE trending mineralised fault zone (rock chip samples up to 12.3% zinc + lead and a =500ppm zinc + lead soil anomaly), drilling of which returned strong intercepts adjacent to Mithril's tenure;

The last of the intersections were obtained in 1992 and appear not to have been followed-up. Python's prospectivity is further strengthened by the presence of an IP geophysical anomaly (identified in 1998) which corresponds with known mineralisation in the drill holes, and extends for over 1.4 kilometres on Mithril's ground with little or no drill testing.

The Billy Hills Zinc Project is Mithril's primary focus and to ensure that focus is maintained, the Company is seeking to introduce exploration funding partners and / or divest all of its other exploration projects.

Consistent with the strategy, Mithril has executed a Sale Agreement with Corona Minerals Pty Ltd whereby Corona will purchase Mithril's 15% interest in the Spargos Reward Gold Project for $50,000 cash subject to the successful completion of Conditions Precedent(see Note below). Corona Minerals is Mithril's exploration partner at Spargos Reward and currently holds an 85% interest in the project.

The Company is also in preliminary discussions with a number of companies who have expressed an interest in other projects within the Company's portfolio. Mithril will provide an update on these discussions if and when any material developments occur.

Commenting on the announcement, Mithril's Managing Director Mr David Hutton said that he was looking forward to commencing field work on the project.

"We have identified multiple targets at Billy Hills that need to be assessed in the field to determine specific targets for drill testing which subject to Mithril obtaining pre-requisite approvals, could commence during the September 2019 Quarter".

Note: The Conditions Precedent to the Spargos Reward Sale Agreement are the execution of various Deeds of Assignment in relation to third party royalty and mineral rights.

At Pillara, zinc + lead +/- silver mineralisation is hosted by structurally controlled zones of breccia and vein development which are spatially associated with a series of large-scale NNE - NNW orientated fault zones that cut a sequence of Devonian-age limestones.

The style of mineralisation, which occurs at Pillara and adjacent deposits, produces metal concentrates which are very highly sought by smelting companies due to their very high-grade and low amount of impurities.

Zinc concentrate grade historically ranged between 57-63% and lead concentrate grade between containing 73-81%. It is as a result of their clean, high-grade nature, that concentrates from area have in the past attracted a premium price from smelters. 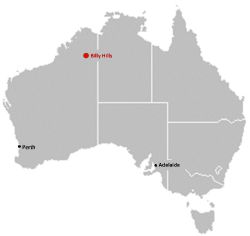 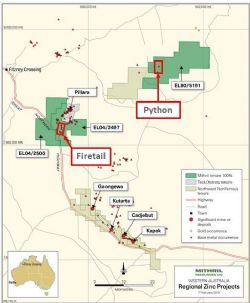