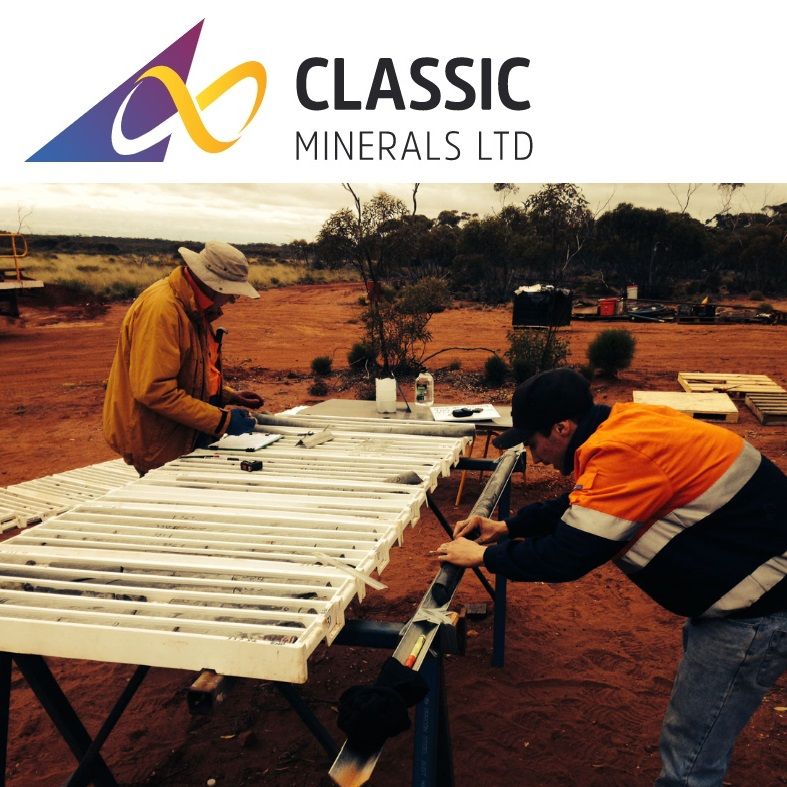 ASX:CLZ) is pleased to announce that a recent update to its Lady Ada mineral resource estimate at the Forrestania Gold Project (FGP) in Western Australia has realised a 71% increase in the contained gold ounces for the deposit to 1.35 million tonnes grading 1.38g/t gold for 59,700 ounces.

Classic holds 80% of the gold rights for the FGP, which also includes the unmined Lady Magdalene resource of 5,922,700 tonnes grading 1.32g/t gold for 251,350 ounces, centered about 1km north of Lady Ada and located in the same geological rock sequences.

With the recent update to the Lady Magdalene mineral resource, the FGP now comprises existing resources of 7.27Mt at 1.33g/t for 311,050 ounces of gold. Resources are located beneath an existing open pit shell at Lady Ada and the unmined, near-surface deposits at Lady Magdalene.

The project presents an opportunity for near term mining operations and production. The current mineral resources are reported in compliance with the JORC Code (2012) and are estimated with a lower cut-off grade of 0.5g/t gold.

The FGP deposits (formerly known as Blue Haze and Red Haze) were discovered due to grass roots exploration of prospective ground undertaken by Aztec Mining. Regional soil-auger sampling programs identified anomalies at the FGP. These were RAB drilled to nominal depth, with only limited success. However, the drill holes did confirm the interpreted geology deduced from regional mapping programs, ground and aero- magnetic reconnaissance traverses.

Locally, primary gold mineralisation is hosted by a shallow, east-dipping quartz dolerite unit. This unit is bounded by high-MgO basalt to the west and low-MgO ultramafic to the east. The so-called, higher-grade, Sapphire shear zone strikes between WNW-ESE and WSW-ENE, and dips at approximately 15deg - 35deg , hosting the bulk of the gold mineralisation at Lady Ada, in association with a number of flatter lying shears.

These flatter lying shears are more prevalent at the Lady Magdalene deposit, about 1km to the north of Lady Ada and produces multiple lodes over numerous ore mineralised domains.

Gold mineralisation is associated with vein quartz within moderately to strongly foliated dolerite. Pervasive ore related calc-silicate alteration consists of diopside-biotite-quartz +/- arsenopyrite +/- pyrite. The Sapphire shear is generally less than 3m thick vertically; however, at shear intersections, mineralisation widths may be up to 20 metres (vertically).

Key historical resource and reserve statements including those completed by Forrestania Gold NL in 1999; Viceroy in 2000; Sons of Gwalia in 2002 and 2003; and St Barbara Mines in 2007 have now been complemented and superseded via various drill programs completed by Classic during 2017-19, which has allowed an updated mineral resource estimate for Lady Ada and the recent update at Lady Magdalene.
The current post-mining mineral resources for the FGP, incorporating Lady Ada and Lady Magdalene is tabulated below, with additional technical detail on the updated Lady Ada deposit given below and the attached JORC (2012) Table in Appendix 1*.
*To view tables and figures, please visit:
https://abnnewswire.net/lnk/TNI0Y5I8 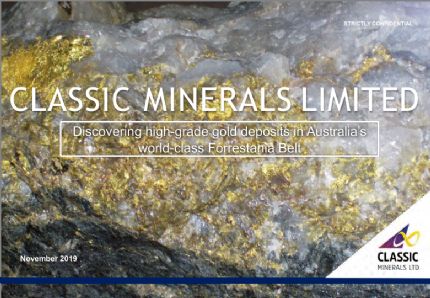