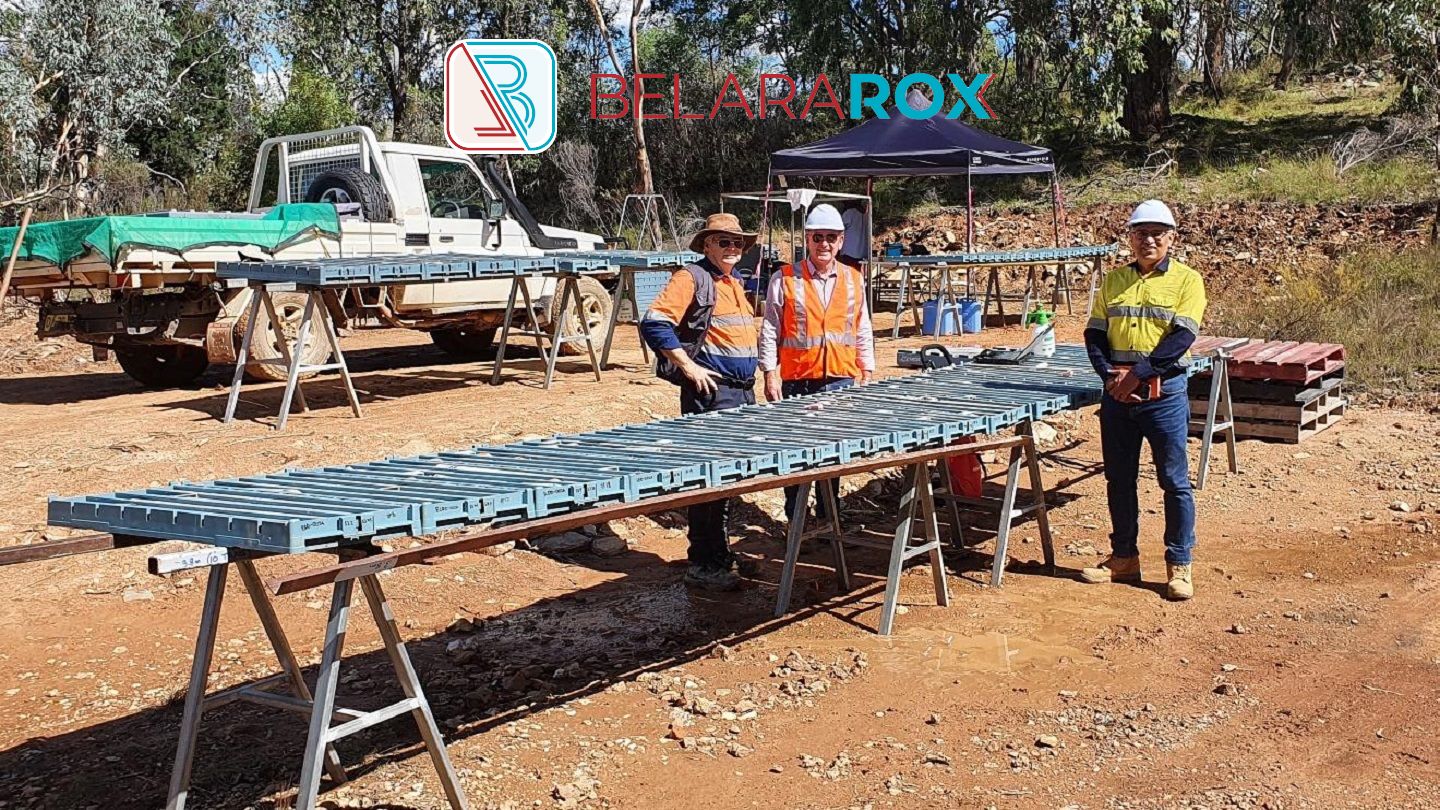 ASX:BRX), an advanced mineral explorer focused on high value clean energy metals, is excited to announce the assay results from the Phase One Reverse Circulation (RC) and diamond core resource drilling at the Belara mine. The drilling aims to build upon historic results to determine the potential of the Belara Project to host significant zinc and copper mineralisation.

Managing Director, Arvind Misra, commented "We are impressed with the continued high quality assay results received from our Phase 1 drilling campaign. Some of the intersections are significantly wider and higher-grade than targeted, confirming the continuity of the interpreted base metal mineralisation in the historic resource model.

We now look forward to the completion of our maiden resource estimation by October and the next stages of exploration work to potentially extend Belara and Native Bee along strike and at depth."

A total of 33 drill holes were completed in Phase 1, with new assay results from 14 drill holes received. A summary of significant results is presented in Table 2, and Figure 6 and Figure 7*.

BLRC019D and BLRC020D were drilled to confirm the continuation of base metal mineralisation in previously untested areas.

The massive sulphide mineralisation intersected in BLRC019D and BLRC020D comprises:

BLRC020D, further to the north from BLRC019D, also intersected a 7m wide zone of base metal mineralisation, confirming the continuity of the mineralisation in the historic resource model, and down-dip of BLRC007 (Figure 4*).

Most importantly, results from BLRC019D and BLRC020D confirm high-grade mineralisation is both open down-dip and along strike to the north of the previously identified mineralisation (Figure 6*).

At Native Bee, new assay results have been received from four holes of Phase One resource drilling, namely NBRC003, NBRC004, NBRC005 and NBRC006 (Figure 7 and Table 1*).

However, the width and total metal content of the mineralisation in NBRC002 is significantly better than the interpreted mineralisation in the historic model (ASX announcement 15th August 2022). This suggests that mineralisation is improving in width and grade at depth and southwards towards the old Native Bee mine workings, located some 400m along strike from NBRC002, and which have not been drill tested to date.

Further, the new assay results confirm the spatial association of higher-grade zinc, copper, lead, silver and gold mineralisation with both the gravity and electrical geophysical anomalies announced on 30 March and 23 March 2022.

There is also further potential to extend the known mineralisation intersected in NBRC001 and NBRC002 a further 2,000m to the south based on the geophysical anomalies and prospectivity mapping results. This area will also be drill tested by the planned Phase Two drilling programme in conjunction with DHEM and FLEM survey data to better understand the size and geometry of any mineralisation intersected.

The results for all the new holes assayed have been entered into the drill hole database and quality control reviews have been completed. All check samples, blanks, and sample weights have been reviewed as part of an ongoing quality control process and returned results within accepted expected statistical ranges, which confirm the validity of the assay results.

All significant intercepts for new holes and previously reported holes are summarised in Table 2, Figure 6 and Figure 7*.

A total of 3,728 samples have been sent to the laboratory in Orange since the drilling started at Belara, with 571 assay results pending. These results should be available in the coming weeks.

Acquisition of DHEM and FLEM survey data has been completed, with preliminary 3D appraisal of the data to be completed with supporting drilling data as inputs. This technique could prove a viable method to map in 3D, potential strike and depth extensions at both Belara and Native Bee.

If successful, this technique will provide a valuable tool to quickly and cost effectively test those targets mapped by the prospectivity modelling (refer to ASX announcement of 31 May 2022) and provide more accurate 3D targets for the planned Phase Two drill planning.

The recovered concentrates are being assayed and follow up test work will be planned once the preliminary metal recoveries are understood. 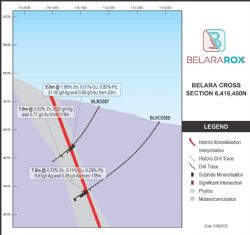 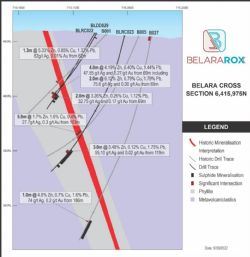