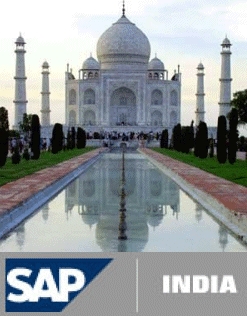 Thailand's Prime Minister said the economy could expand in the fourth quarter, thanks to the government's stimulus measures. The government has introduced stimulus packages aimed at boosting domestic demand and investment as demand has been weak for the country's exports, its main source of income.

Hong Kong based Bank of East Asia (HKG:0023) said on Thursday it had signed a deal to buy the Taiwan securities arm of American International Group. Analysts estimated the deal would be worth $US10 million to $US20 million. The deal is subject to regulatory approval in Taiwan.

South Korea's Daewoo Motor Sales Corp. (SEO:004550) said it plans to sell 30 per cent of its 76 per cent stake in Woori Capital to increase its liquidity.

It is reported that Fuji Electric Holdings Co Ltd (TYO:6504) and TDK Corp (TYO:6762)(NYSE:TDK) planned to merge their uninterruptible power supply operations in October, forming a venture larger than the UPS operations of current market leader Mitsubishi Electric Corp (TYO:6503). Fuji is expected to take a majority stake in the venture, which would have 400 to 500 employees at the outset.

Shares in Industrial and Commercial Bank of China (HKG:1398)(SHA:601398) surged significantly after Goldman Sachs said it would not sell 80 percent of its nearly 4.9% holding in ICBC before April 2010.

China Shipping Container Lines Co. (HKG:2866) said its 2008 net profit fell 96% from a year earlier due to a slump in exports amid the global financial crisis. China Shipping also anticipates that 2009 revenue will fall 15.2% to CNY29.77 billion on an excess supply of container ships.

The chief executive of South Korea's Hynix Semiconductor Inc. (SEO:000660) said Thursday the global semiconductor industry is likely to have hit its bottom in the fourth quarter of last year. The company will likely complete later this week the development of NAND flash memory chips using 41-nanometer process technology.

The Bank of East Asia Limited

Industrial And Commercial Bank Of China