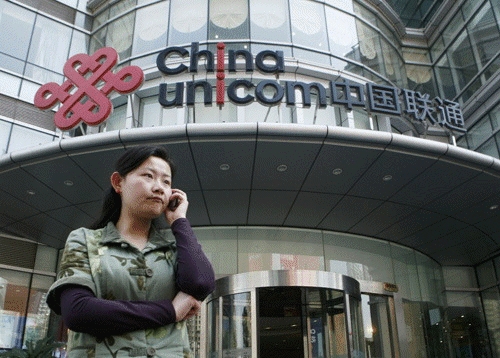 China Unicom Limited (HKG:0762)
Sydney, Mar 30, 2009 AEST (ABN Newswire) - Most Asian markets started the trading session with volatility on Monday after US stocks retreated on Friday. Tokyo and Seoul shares opened flat, and soon proceeded to a negative territory. Today Investors are also awaiting US government to unveil its plan to help the auto industry.

Japan's Ministry of Economy, Trade and Industry said the country's industrial output fell 9.4 percent in February from the previous month. Leading the fall in February output were a 23.2% on-month drop in automobiles, 15.2% fall in general equipment, and a 10.4% fall in electronics parts and devices, largely due to poor global demand.

Tsingtao Brewery (HKG:0168)(SHA:600600) of China plans to invest 2 billion baht in a brewery in Thailand to take advantage of low raw material taxes under the free trade agreement between Thailand and Australia, says a Thailand media. Tsingtao would enter a joint venture with a few Thai partners, and hold a 40% stake in establishing a brewery with initial capacity of 100,000 tonnes a year.

China Petroleum & Chemical Corp (Sinopec) (HKG:0386)(SHA:600028)(NYSE:SNP) forecasts its first-quarter net profit to surge more than 50 per cent as it unveiled a less than expected 47.3 per cent net profit decline for last year.

Japan's Mitsui & Co. (TYO:8031) has acquired a 85% stake in ViVa TV, a Taiwanese television shopping channel operator, said sources. The value of the deal is estimated to be NT$2 billion.

China Nonferrous Metal Industry's Foreign Engineering & Construction Co. (SHE:000758) said Monday it will buy buying a stake in Australian zinc and lead miner Terramin Australia Ltd. (ASX:TZN) with A$10.08 million in a private placement. The company will become Terramin's biggest shareholder after the deal.

China Unicom (Hong Kong) Ltd. (NYSE:CHU)(HKG:0762) is expected to deliver a more than 60 per cent jump in net profit for 2008, partly due to a one-time gain from the sale of CDMA mobile assets and a contribution from fixed-line operator China Netcom Group Corp, which it acquired last year.