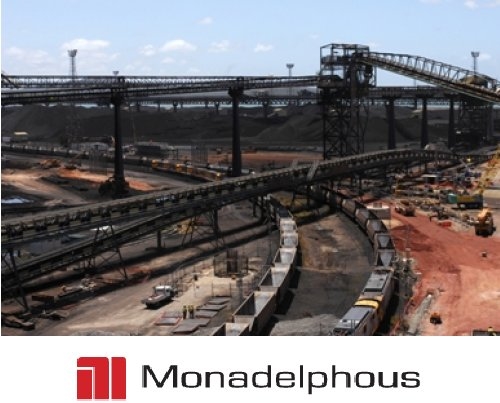 Monadelphous (ASX:MND) has secured contracts valued at A$100 million in the aluminium, coal and iron ore markets with major customers BHP Billiton (ASX:BHP) and Rio Tinto(ASX:RIO).
Sydney, May 15, 2009 AEST (ABN Newswire) - Wall Street rebounded overnight from the massive fall in previous trading session. The market shrugged off the news of a growing unemployment claims in Labour Department report as investors believed the job losses had hit their peak and looked towards an economic recovery.

The value of commercial lending commitments in March jumped by A$5.187 billion or 20.5 per cent, seasonally adjusted, to a five-month high of A$30.498 billion, according to Australian Bureau of Statistics (ABS) data.

Investment bank UBS said BHP Billiton (ASX:BHP) is likely to help Rio Tinto (ASX:RIO) to raise capital as an alternative to its proposed $US19.5 billion investment deal with Chinalco. The report said BHP could propose to assist in underwriting a substantial rights offering for Rio, and in exchange propose an iron-ore joint venture in the Pilbara. BHP would probably make a move after Australian authorities release their decision on the deal in mid-June. It is speculated that Chinalco may consider revise the terms of the takeover offer to avoid shareholders and regulators hurdles.

Woolworths Ltd (ASX:WOW) has agreed to become a cornerstone investor in Western Australian craft brewery Gage Roads Brewing Co Ltd (ASX:GRB). Under the agreement Woolworths will acquire 25 per cent of Gage Roads through a placement of 76.41 million shares to raise up to A$1.9 million.

White Energy (ASX:WEC) has tied up with the world's biggest private coal producer, US-based Peabody (NYSE:BTU), as it seeks to expand into the US and Chinese markets. The two companies plan to build an ambitious coal upgrading plant in the Powder River Basin in the US. Peabody has acquired options to buy 15 per cent of White Energy, while Peabody has also gained the right to work with White Energy in China.

Macmahon Holdings (ASX:MAH) plans to raise A$60million from a share offer to pay down debt and reduce gearing. Leighton, which holds 17.4 per cent of Macmahon, will take part in the offer and sub-underwrite part of it.

Fairfax media (ASX:FXJ) shares dropped below A$1 yesterday as Standard & Poor's downgraded the firm's credit rating to below investment grade after a 27 per cent cut in its earnings guidance. S&P brings the company's long-term corporate credit and debt ratings from BBB- to BB+.

Monadelphous (ASX:MND) has secured contracts valued at A$100 million in the aluminium, coal and iron ore markets with major customers BHP Billiton (ASX:BHP) and Rio Tinto(ASX:RIO).

Bandanna Energy Limited (ASX:BND) announced today that its application EPCA 1189, through its wholly owned subsidiary Carnarvon Coal Pty Ltd, has now been approved by the Queensland Government authorities. The new permit, EPC 1189, is located in the southern Bowen Basin and is contiguous with EPC 1195 awarded to Bandanna in February 2009.