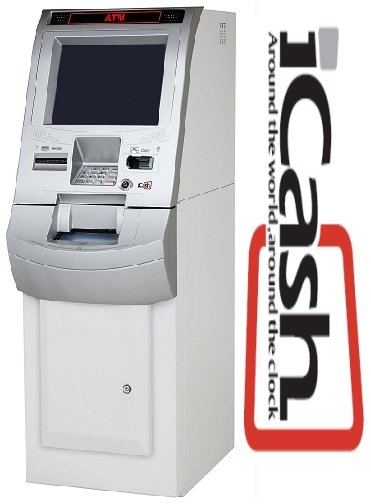 iCash Payment Systems Limited (ASX:ICP), through its subsidiary NeoICP Inc. Korea, has been awarded a KRW 28.6 billion (approx AUD $30.6 million) contract to supply a range of high functionality cash deposit and cash dispensing ATMs to Lotte Co. Limited (Lotte Group). Mr James Manny, iCash Executive Chairman noted, "Securing this agreement demonstrates that iCash can compete successfully and profitably against the largest traditional providers on the world stage."
Sydney, May 21, 2009 AEST (ABN Newswire) - Overnight US stocks swung lower as the Federal Reserve downgraded the US economy outlook in its April meeting minutes. The US central bank projected a sluggish recovery over the next two years and said unemployment could reach nearly 10 per cent.

The Australian shares closed marginally higher on Wednesday despite weak lead from Wall Street and steep quarterly contraction in Japan. The resources stocks were higher on stronger commodities prices. The benchmark S&P/ASX200 was up 7.3 points, or 0.19 per cent, at 3824.6, while the broader All Ordinaries gained 8.3 points, or 0.22 per cent, to 3808.9. Investors are expecting some pullback in recent trading sessions and seeking more fund raisings at discount on the market.

The Westpac-Melbourne Institute's index of consumer sentiment fell 4.3 per cent to 88.8 points in May, from 92.7 points in April. Westpac chief economist Bill Evans said the key factor behind the confidence fall would have been consumers' assessments of the federal budget 2009.

The Australian Bureau of Statistics said total hourly rates of pay, excluding bonuses, rose 0.8 per cent in the March quarter, seasonally adjusted. Over the year ended March, wages grew by 4.2 per cent.

The Reserve Bank of Australia's monthly bulletin is also due.

Chinalco will restructure its $US19.5 billion investment deal with Rio Tinto (ASX:RIO) to as Australian Government concerns about the perceived influence it may hold over the miner, sources said.

The Bank of Queensland (ASX:BOQ) has raised the possibility of a merger with Suncorp-Metway's (ASX:SUN) banking business to create a fifth force in Australian banking. The two banks have examined options, says sources close to the situation.

Canada's grain handler Viterra (TSE:VT) has made a A$1.6 billion takeover offer for ABB Grain (ASX:ABB) to form a consolidated entity that would be dual listed on the Australian Securities Exchange and Toronto Stock Exchange. The cash-and-scrip offer valuing ABB shares between A$9.11 and A$9.59. Viterra says it sees other takeover opportunities in the Australian agricultural sector.

Cazaly Resources (ASX:CAZ) says it is in talks with interested parties to sell West Kalgoorlie gold project in order to fund its A$70 million Parker Range iron ore project in South Australia.

APN News & Media (ASX:APN) has raised A$83 million capital, more than the $79 million expected, through a new share sale to institutional investors in order to reduce its debt.

Fairfax Media (ASX:FXJ) will open an offer process today to buy back up to A$200 million of its bonds, helping to cut its interest costs. The process is expected to close on Friday.

Wesfarmers Ltd. (ASX:WES) says it is putting its employee share scheme on hold as it awaits greater clarity on the Australian government's new taxation plan for these programs.