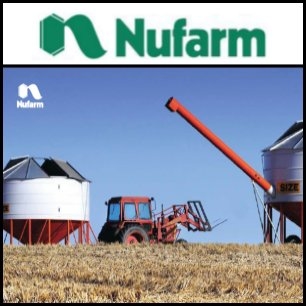 The Australian share market posted a 1.7 per cent loss yesterday amid a sell-off in financial and resources stocks. The benchmark S&P/ASX200 index was down 76.4 points, or 1.69 per cent, at 4438.2 points, while the broader All Ordinaries index retreated 74.7 points, or 1.66 per cent, to 4436.6 points.
Key Economic Facts and Figures

Australian Bureau of Statistics yesterday showed the economy grew 0.6 per cent in the June quarter, beating market expectations of a 0.2 per cent rise in the quarter. The economic growth may push the Reserve Bank to lift its interest rates.

Rare earth developer Lynas Corporation Ltd. (ASX:LYC) said Australian regulators have not made a decision on the proposed A$252 million equity investment in Lynas by China Nonferrous Metal Mining (Group) Co. The review period for the transaction is expected to extended to early Octorber. Analysts have said regulators could be concerned about China's dominance of rare earths production, as China already controls 95% of global production of rare earth materials,

The Australian Competition & Consumer Commission may probably block Caltex's (ASX:CTX) proposed A$300 million takeover of Mobil's retail petrol business, as the competition watchdog fears the deal would substantial lessen competition in the wholesale and retail markets for petrol, diesel and LPG. The regulator's decision will be disclosed on October 7.

National Australia Bank (ASX:NAB) said it would take a A$309 million writedown on the carrying value of a controversial asset on its balance sheet. The writedown relates to a A$650 million-plus tax debt imposed on the bank by the Australian Tax Office in 2004.

Virgin Blue Holdings (ASX:VBA) has raised A$98.3 million through the retail component of a new share sale. Virgin Blue said it had raised a total of A$231.4 million from retail and institutional shareholders by selling 1.16 billion new shares.

WCP Resources Ltd (ASX:WCP) was placed its shares in trading halt this morning, pending an announcement to be made at midday tomorrow in relation to a capital raising