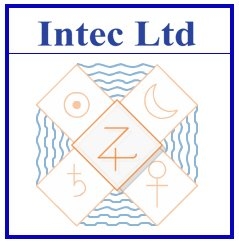 Intec is investing RMB 2 million in Green Resources
Sydney, Jan 8, 2010 AEST (ABN Newswire) - The Australian shares closed lower on Thursday despite mining shares were stronger on expectations of higher iron ore prices. The fall was largely due to weakness in financial stocks. The market saw some profit-taking selling in miners in the afternoon. At the close, the benchmark S&P/ASX 200 index fell 22.0 points, or 0.45 per cent, to 4899.4 points, while the broader All Ordinaries index lost 16.3 points, or 0.33 per cent, to 4930.5 points.

Australian Bureau of Statistics (ABS) on Thursday said Australia's balance of goods and services was a deficit of A$1.70 billion in November, seasonally adjusted, from a revised deficit of A$2.080 billion in October. The November result was better than the market forecast of a deficit of A$1.8 billion, thanks to a fall in imports and China's continued demand for local commodities.

Retail sales jumped surprisingly by 1.4 per cent in November, following a revised 0.4 per cent rise in October, the Australian Bureau of Statistics said. It is more than four times higher than the market expectations of 0.3 per cent. However, the upbeat data could help bolster the case for more rate rises by the Reserve Bank.

Australian Industry Group is due to unveil Performance of Construction Index on Friday.

BOM:532286) sold down part of its stake in takeover target Rocklands Richfield. The reduction in Jindal's stake comes after the Indian company this week matched the takeover offer from its Chinese rival, Meijin Energy Group, offering 56 cents a share, valuing Rocklands at A$197 million.

ASX:RFG) has reached agreements, subject to normal contractual terms and finalisation of due diligence enquiries, by which the Brumby's Bakeries master franchise territories for Western Australia (WA) and the Northern Territory (NT) will be reacquired. It will be funded through a mixture of RFG scrip and cash. Meanwhile, Retail Food Group said it has completed due diligence into its acquisition of DCM Coffee and Doughnuts.

ASX:MIN) has increased the cash component of its bid for the remaining stake in Polaris Metals NL (

ASX:POL) it does not already own. Mineral Resources will offer one of its shares plus 10.1 cents cash for each Polaris share held, it said in a statement on Thursday.

ASX:INL) said on Thursday that it has received notice from Green Resources (Asia Pacific) Holding Limited of completion of Chinese and Hong Kong financing for Stage 1 of the Subscription Agreement with INL announced on 5 November 2009. INL is investing RMB 2 million in Green Resources, which apply these and other funds to complete the feasibility study for the previously announced 50,000 tpa metalliferous furnace dust project in Liuzhou City of China.

ASX:VMG) said it had been awarded a A$14.1 million contract for BHP Billiton Nickel West Talc Redesign Project at Mt Keith. Wylie & Skene, VDM's wholly owned subsidiary, was awarded the contract involving extensive earthworks and concrete work at Mt Keith. VDM said recent contracts awarded to the group have been exceeding A$200 million, and brought its order book at over A$415 million.