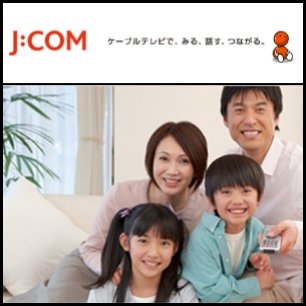 TYO:8604) reported a net profit of 10.2 billion yen in the three months ended Dec. 31, down from 27.7 billion yen in the previous fiscal quarter, citing the environment was very difficult for trading. The result was far below analysts' forecast. But the company said trading flow was coming back as of January.

Philippine food conglomerate San Miguel Corp (PSE:SMCB) said it is planning to sell up to 40 percent of its interest in food arm San Miguel Pure Foods by way of a trade sale or a marketed placement to both local and foreign investors. San Miguel also said in a statement it would sell all its food-related brands and intellectual property rights to food subsidiary San Miguel Pure Foods for 3.2 billion pesos.

TYO:9433), Japan's No.2 telecom firm, said it has been questioned by the country's Financial Services Agency on its plans to buy a 37.8 pct stake in cable television service provider Jupiter Telecommunications Co. (

NASDAQ:LBTYA). The financial watchdog will urge KDDI to follow the procedures under the law so that other investors in Jupiter Telecommunications can respond.

It is reported that Bank of China Ltd. (

HKG:3988) ordered an "overall hike" in interest rates on new loans extended to property developers to limit the size of new loans and lower potential risks in property lending. The move appears to be in response to the China Banking Regulatory Commission's call last week for lenders to remain vigilant to property-market fluctuations.

HKG:0883), China's biggest offshore oil and gas producer by output, expects its crude oil and natural gas production to rise 22% to 27% in 2010. Capital expenditure will increase 30% to US$7.93 billion while the company expects to expand its overseas operations through acquisitions or cooperate with foreign partners.

Kumho Asiana Group's creditors will inject 380 billion won of emergency loans into two cash-strapped affiliates of the group to help ease them out of their liquidity problems. The creditors plan to extend a loan of 280 billion won to Kumho Industrial Co. (