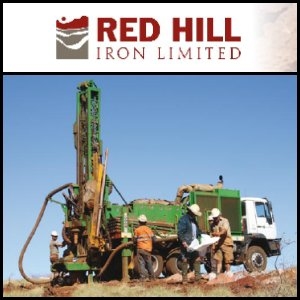 ASX:ALY) has started a 15,000m drilling program, which will operate continuously until mid-December at the Company's five key gold prospects and one prospective copper-gold target in Western Australia. The program will involve Reverse Circulation and Aircore drilling rigs following-up successful preliminary drilling and surveys. Results of 1m samples at Central Bore Prospect reveal mineralisation over substantial widths and robust grades.

ASX:CVY) has received additional analytical results from the 20,000 metre drilling program at its 100% owned +1 Million oz Cameron Gold Project in Ontario, Canada. Eighty nine diamond core drill holes have been completed for a total of 13,223 metres. Drilling continues to intersect shallow high-grade mineralisation. There is considerable potential to discover additional resources at these targets.

ASX:MIN) yesterday dispatched its first shipment of iron ore through the newly commissioned Utah Point berth in Port Hedland, destined for steel mills in China. This first shipment of 71,500 tonnes over Utah Point represents a milestone for Mineral Resources in achieving its expanding production targets for both manganese and iron ore sales from Western Australia. Concurrently, at the adjacent No 1 berth, Mineral Resources was also loading a separate Panamax vessel with iron ore for the Chinese market. 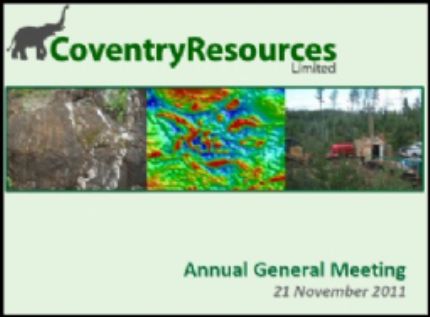