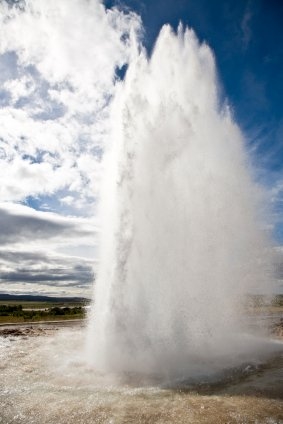 ASX:BPT) and TRUenergy are delighted to advise that the fracture stimulation undertaken on the Paralana 2 well has been successfully completed.

The primary aim of the fracture stimulation, which was to create fractures in the subsurface at least 500 metres from the Paralana 2 well, was achieved and preliminary analysis suggests that the stimulated zone extends approximately 900 metres to the east of the Paralana 2 well at a depth from 3,500 to 4,000 metres.

The successful fracture stimulation of the Paralana 2 deep well represents another major milestone achievement in the Company's and JV's development and a significant further derisking of the Paralana geothermal energy project.

The Paralana 2 well established temperatures of 176°C at approximately 3,670 metres with expectations of 190°C at 4,000 metres. The next key stage of project de-risking was the creation of a subsurface geothermal reservoir by fracture stimulation, that is, the injection of high pressure water into the subsurface rocks to create a fractured reservoir from which the hot geothermal waters can be extracted for electricity generation.

The Paralana 2 well's casing was perforated over the depth interval of 3,679-3,685 metres in early January 2011, and an injectivity test was successfully undertaken.

The water under high pressure which was injected into the geological formation created a zone of subsurface micro-fracturing that extends approximately 900 metres from the well in a predominantly easterly direction between 3,500 and 4,000 metres depth.

The creation of fractures in the subsurface due to the injection of high pressure water creates mirco-earthquakes that can be detected and located using a seismic monitoring array. Figures 2.1, 2.2 and 2.3 show a preliminary analysis of the location of the induced micro-earthquakes based on approximately 750 micro-seismic events of the more than 4000 events detected by the extensive passive seismic array installed across the Paralana site.

The inferred shape of the fractured zone may be modified as it continues to grow subsequent to the cessation of pumping and as the analysis of the seismic data is refined. Our preliminary analysis indicates that the largest seismic event detected was magnitude 2.6 on the Richter scale with 98% of the micro-seismic events detected being below 1.0. Although the magnitude 2.6 was felt as a very slight, short knock near the wellbore, companies and people in the surrounding area did not feel the event.

On completion of the stimulation, the calculated stable wellhead pressure is 3940 psi. Hence it appears that the entire stimulated volume is over-pressured and that as foreshadowed in our release of 17 February 2011, following the injectivity test, we have indeed connected into a naturally over-pressured zone. This should assist in the recovery of hot fluids from the reservoir.

Two key preliminary observations from the fracture stimulation are

1. the stimulated zone extends beyond the injected depth of approximately 3,700 metres down to around 4,000m depth, and;

2. there is a strong directionality to the stimulated zone which will greatly assist the JV's understanding of the sub-surface geothermal reservoir for geothermal power production, notably to determine the optimum site for the drilling of Paralana 3, the planned deep geothermal production well which constitutes the next stage of the project.

Further assessment and processing of the considerable data collected during the fracture stimulation works will be undertaken over the next few weeks, after which, additional information and analysis will be provided.

ABOUT THE JOINT VENTURE PARTNERS:

ASX: BPT) is an oil and gas company headquartered in Adelaide that farmed-in to the Paralana Project in January 2007. Beach can earn up to 36% of the project for $30 million plus its equity share of project costs.