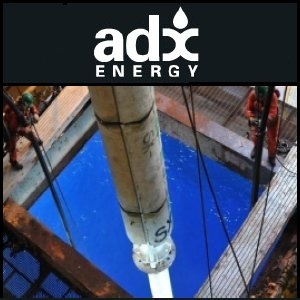 ASX:ADX) is pleased to announce that the 2D seismic acquisition over the Kerkouane-1 discovery and surrounding prospective areas in the ADX operated Kerkouane license offshore Tunisia has successfully been completed by Shell Tunisia Offshore GmbH. The survey was acquired under a data exchange and acquisition agreement with Shell as part of larger program being undertaken by Shell. The data is currently being processed by Shell.

The data acquired is part of a long offset survey operated by Shell in their neighboring Azmour and Raf Raf blocks, offshore Tunisia. Under the agreement ADX and its partners will obtain a total of 104 km of 2D seismic in the area around the Kerkouane-1 gas discovery well.

Whilst the old seismic data clearly shows the presence of very large world class structures in the area, new technology is required to unravel the tectonic complexity and locate new exploration wells with sufficiently high confidence. Therefore the objective of this seismic data acquisition is to transform the Kerkouane-1 discovery and adjacent leads such as a large Pliocene lead into drillable appraisal and exploration projects.

The Kerkouane-1 well and its sidetrack drilled by Shell in 1981 had well control issues such as massive gas kicks and gas influx at relatively shallow reservoir levels. Solvent cut oil shows in side wall cores suggest the possibility of an oil rim potential. The well never reached the main target, i.e. the Cretaceous reservoir which is also the main gas condensate bearing reservoir in the Dougga appraisal project. Due to the large size of the Kerkouane -1 structure the resource potential can be expected to be in the order of the Dougga and Lambouka discoveries.

The following Joint Venture is participating in the Kerkouane permit:

For the complete ADX Energy announcement including figures, please refer to the following link:
http://media.abnnewswire.net/media/en/docs/ASX-ADX-553931.pdf