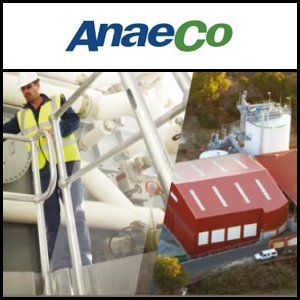 ASX:IGR) says today that the first month of production following the Randalls Gold Project processing facility upgrade has exceeded expectations with production of 8,873 ounces for the month of August, and the Company has achieved the target production rate of 100,000 ounces per annum. The processing facility has been upgraded by 25% to 1Mt per annum and will be optimised to greater levels of efficiency over coming months.

ASX:KRB) has received drilling results for 15 of the 39 drillholes at the Korella Phosphate and Rare Earth Project in Queensland. The JORC Inferred Resource has increased from 4.2Mt at 0.96kg per tonne Y2O3 to 6.05Mt at 0.92kg per tonne Y2O3, representing an increase of 40% in contained Y2O3. The Company expects further increase in JORC Inferred Resource when all analytical results are received in 3-5 weeks' time.

ASX:ZYL) announced the interim results of the Bankable Feasibility Study at the Kangwane Anthracite Project. The Open-Cut Resources have increased 373% to 60.79Mt Indicated Resources in the south and north pits, supporting ZYL's strategy to become a large scale open-cut coal producer. Drilling at the Kangwane Anthracite Project is near completion, analysis of the drilling program is currently underway with all results expected in late October.

BOM:530239) announces the grant of four product patents, three from Australia and one from New Zealand for the treatment of disorders associated with Neurodegenerative diseases, and all these patents are valid until 2027. With these new patents, the Company now has a total of 11 granted patents from Australia and 12 granted patents from New Zealand.