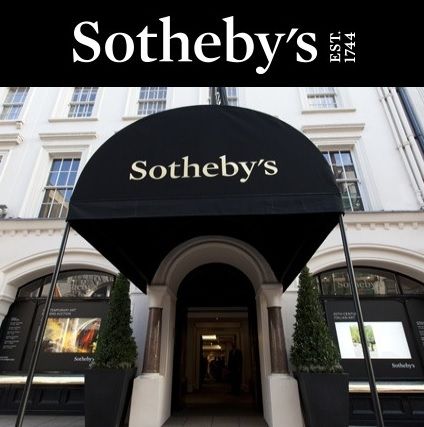 NYSE:BID) announced today that Linus Wing Lam Cheung has been unanimously elected to join the Company's Board of Directors. Mr. Cheung is the retired Chief Executive Officer of Hong Kong Telecom and a renowned collector of Chinese Art.

"Linus brings a wealth of business experience and sophistication to our Board and company," said Domenico De Sole, Chairman of Sotheby's Board of Directors. "His unique insights on Asia, as well as the many areas in which Sotheby's operates, will be incredibly valuable. Having had the pleasure of knowing him as a client for years, we are very pleased to now welcome him as an independent Director."

HKG:0293) where he concluded his tenure as Deputy Chief Executive Officer.

"I am delighted to be joining the Board of Sotheby's, a company I have long admired during my decades as a collector," commented Mr. Cheung. "As the art market continues to evolve and grow in China and across Asia, I look forward to sharing my expertise and experience to best position the Company for future success."

Mr. Cheung has served on the board of China Unicom Ltd. (

HKG:0762) since 2004 and HK Resort International Ltd. since 2006. Previously, he served on the boards of Cathay Pacific Airways, Hong Kong Telecom, Cable and Wireless plc, and Taikang Insurance.

In connection with Mr. Cheung's appointment, Sotheby's and its largest shareholder, Taikang Insurance Group, have entered into an agreement whereby Taikang has agreed it will not increase its ownership position beyond 15% for a period of three years, subject to certain conditions.

Sotheby's (NYSE:BID) has been uniting collectors with world-class works of art since 1744. Sotheby's became the first international auction house when it expanded from London to New York (1955), the first to conduct sales in Hong Kong (1973), India (1992) and France (2001), and the first international fine art auction house in China (2012). Today, Sotheby's presents auctions in 10 different salesrooms, including New York, London, Hong Kong and Paris, and Sotheby's BidNow program allows visitors to view all auctions live online and place bids from anywhere in the world. Sotheby's offers collectors the resources of Sotheby's Financial Services, the world's only full-service art financing company, as well as private sale opportunities in more than 70 categories, including S|2, the gallery arm of Sotheby's Contemporary Art department, and two retail businesses, Sotheby's Diamonds and Sotheby's Wine. Sotheby's has a global network of 80 offices in 40 countries and is the oldest company listed on the New York Stock Exchange (BID).