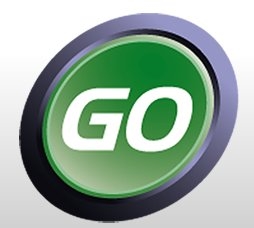 ASX:GCN) is pleased to advise that Shenzhen Xiaozhai Technology Co Ltd, manufacturer and vendor of Bobo VR, leading VR headset manufacturer and vendor in China, has entered into a strategic partnership framework agreement with Go Green Holdings for Go Green Holdings to be the wholesaler and distributor of Bobo VR headset products to the global telco industry.

GoConnect Ltd is a major shareholder in Go Green Holdings with 45% interest in the company.

Paul is the former Business Affairs Director of Giant Studio which was acquired by James Cameron, producer of notable box office successes including Titanic, and Avatar. Giant Studios is the world leader in performance capture and virtual production. Starting with Gollum in Lord of the Rings, they have done Narnia 1& 2, I Am Legend, King Kong, Hulk, Iron Man, Happy Feet 1 &2, 2012, Night at the Museum 1 &2, Polar Express, Real Steel, Hereafter, etc. Paul Hynek also worked on Tintin with Steven Spielberg and Peter Jackson, and for almost five years, Avatar was shot in his studio. Working with James Cameron, he also pioneered a "virtual camera" which allows filmmakers to see their CG world in real time.

GoVRCinema will work closely with Bobo VR to optimize their content platform for existing and future functions and capabilities.

GoConnect Limited (NSX:GO8) has been established since August 1999 as a media communications company. Since 1999 and until 2015 when it co-founded Go Green Holdings, its core business specialised in the online delivery of interactive audio and video contents via its unique and proprietary technology.

Since 2015, GoConnect has transformed itself to an active investment company developing businesses that can leverage on the Company's expertise and long experience in communications technology and marketing.