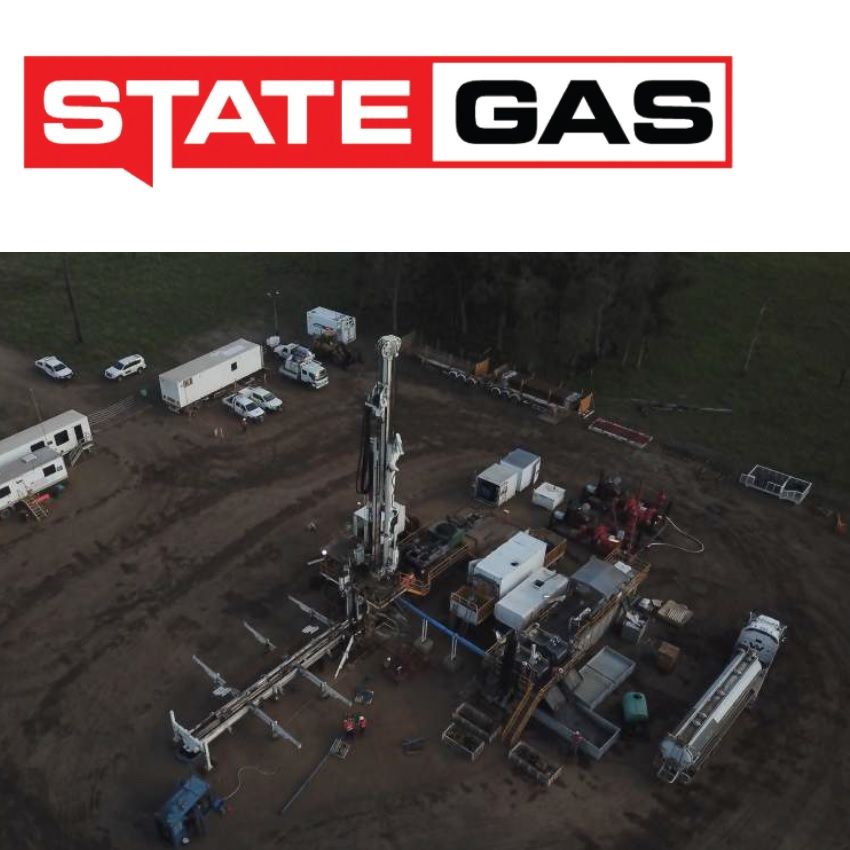 ASX:GAS) (State Gas, the Company) is pleased to announce today the completion of a $4.9 million private placement (Placement) along with appointment of Mr Richard Cottee as Executive Chairman of the Company.

The Placement has been conducted by way of an issue of Ordinary Shares at $0.70 each to a Sophisticated Investor, with settlement on or before 14 June 2019. The new shares issued under the Placement arrangements will rank equally with existing State Gas shares on issue.

The $4.9 million Placement proceeds will be used for further drilling and appraisal activities at the Reid's Dome Gas Project in the Bowen Basin in Central Queensland.

Timing of the Placement will be helpful for State Gas to assist with engagement of drilling contractors, other service providers and the procurement of long-lead items to ensure that the next phase of in-field activities may be undertaken before the wet season commences late this year. As the Placement has been arranged directly by the Company, no fees will be payable on the Placement.

As advised earlier today, the appointment of Mr Cottee, along with the completion of the Placement are further important steps in the Company's progress towards the development of the Reid's Dome Gas Project.

The Placement and appointment of Mr Cottee follows the successful completion of the first dedicated coal seam gas well (Nyanda-4) at Reid's Dome in December 2018, which confirmed the presence of more than 40 metres of net coal from approximately 394 metres depth to its total depth of 1,200 metres, and an average gas content of more than 13 cubic metres per ton in coal seams tested.

Mr Cottee is internationally renowned for his energy experience, commercial strategy and acumen within the energy and utilities sector. As former Managing Director of the Queensland Gas Company (QGC) from 2002 to 2008, he took the company from an early stage explorer to a major non-conventional gas supplier building the market value from $20 million to $5.7 billion facilitating the sale of QGC to Britain's BG Group.

Mr Cottee holds a Law Degree from the University of Queensland and was admitted to practice in Queensland, New South Wales and South Australia and has been a Senior Associate of both Allens and Mallesons law firms. During his extensive career, he has also been CEO of Queensland Government-owned electricity generator CS Energy, NRG Europe and Managing Director of petroleum explorer-producers Nexus Energy Limited and Central Petroleum Limited.

State Gas current Chairman, Mr Tony Bellas, said that the Board of Directors was pleased to have Mr Cottee join the Company in the role of Executive Chairman at this important time for the company.

"Richard was one of the first in the industry to warn of the then-impending East Coast gas shortage", Mr Bellas said.

Mr Cottee said that he was pleased to be joining State Gas at this time as he could not see signs of any abatement of the current gas shortage.

"The prospect of introducing a new supply of gas into the domestic market is indeed exciting and any new gas supply at this time is in the national interest", Mr Cottee said.

"I am optimistic about the Reid's Dome Gas Project being available for delivery during this shortfall period, provided further work is undertaken successfully", he said.

Mr Bellas said that a number of the State Gas Directors share strong industry ties with Mr Cottee, having worked with, or collaborated with him in various capacities over the past 20 years.

Tony Bellas and Richard Cottee have known each other since the early 2000s when Tony was Deputy Under Treasurer in the Queensland Treasury and Richard was CEO of CS Energy. At that time, Tony's responsibilities included Energy Policy and he was instrumental in the formulation of the Queensland Government's 13% gas scheme that gave impetus to the coal seam gas industry in Queensland. That policy assisted in the final investment decision for CS Energy, then headed by Mr Cottee, to proceed to develop Swanbank E 385 MW combined cycle gas fired power station near Ipswich.

Following those landmark transactions, Richard and Tony are looking forward to working closely together again at State Gas during the gas shortage to realise the enormous potential of the Reid's Dome Gas project.

Mr Cottee and non-executive Director Ian Paton have also worked together successfully earlier in their careers while at Santos while Mr Cottee worked in gas marketing and Mr Paton was an exploration manager.

"The Board members all look forward to working more closely with Richard as we focus on commercialising the Reid's Dome Gas Project as part of the solution to the current east coast gas shortage and to deliver the best possible outcome for shareholders." Mr Bellas said. 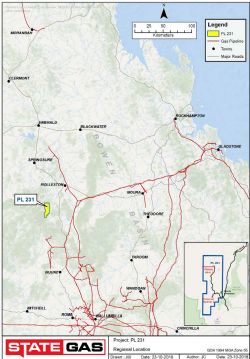