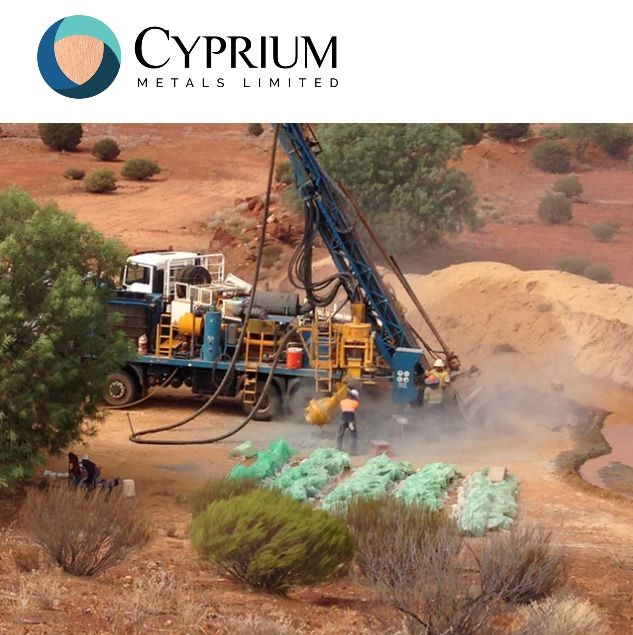 ASX:CYM) is pleased to announce the results from the metallurgical diamond drilling programme at Hollandaire and Hollandaire West at the Cue Copper Project.

The first hole in the programme, 19HOMET001, was drilled into the Hollandaire West mineralisation and returned disseminated copper sulphide mineralisation, mainly containing chalcocite.

Metallurgical test work on these intersections have commenced with results expected over the coming months.

Executive Director Barry Cahill commented "We are extremely pleased with the stunning highgrade drill results from our metallurgical drill programme at Hollandaire. The intercepts are all less than 100 metres vertical depth which are a reminder of the quality of the mineralised envelope at this project. We now await further assay results at Hollandaire West along with results from metallurgical test-work.

Our geological team continues to increase its understanding of the controls of this high-grade copper mineralisation at the Cue Copper Project. The team are currently finalising the Phase 2 drilling at Hollandaire, as well as completing regional soil sampling to refine our regional drill targets."

The metallurgical diamond drilling programme involved drilling three holes into the historical mineralised envelope of Hollandaire and Hollandaire West to provide representative samples for test work to be undertaken.

Further, as can be seen in Figure 2 in link below, there is a series of drill holes, including the recently drilled Phase 1 RC holes where the mineralised intercepts lay outside the historically defined mineralised envelope.

The Company has recently gathered further samples from RC drilling chips to be sent for assay, that are located adjacent to the mineralised intercepts. Results are expected by November 2019.

At Hollandaire two diamond drill holes were undertaken, the first 19HOMET002 resulted intercepts of 19.1m @ 1.3% Cu from 85.9m downhole including 6.4m @ 2.1% Cu with 0.5 g/t Au and 10.5 g/t Ag from 98.6m. As shown in Figure 3, the hole compares favourably (grade and width) with the historical drilling in the area. The figure also shows where there is mineralisation that appears to lay outside of the historically interpreted mineralised envelope.

The second drill hole at Hollandaire, 19HOMET003, resulted in the best intercept of 10.4m @ 14.9% Cu from 84.5m downhole including 4.5m @ 21.9% Cu with 1.2 g/t Au and 46.4 g/t Ag from 90.4m. This high grade intercept drilled into the Hollandaire mineralisation clearly demonstrates the quality of this prospect. The intercept is represented in Figure 4. Also included are the results of the previously released Phase 1 RC drilling (CYM ASX Release 26 September 2019), and in particular, the intercept of 9m @ 1.6% Cu in drill hole 19HORC002 from 262m downhole which extended the Hollandaire mineralisation at depth. The figure also shows copper mineralisation that was not modelled historically and is outside the projected envelope.

The Company is very pleased with the results from the initial Phase 1 RC drilling and the metallurgical diamond drill holes. The results are at least comparable if not better than the historical intercepts and there are a number of copper mineralised intercepts sitting outside the historical mineralised envelope at both Hollandaire and Hollandaire West. We look forward to providing further positive news as further results of drilling and assaying are received.

Further, the Company is undertaking a regional infill soil sampling programme to refine and prioritise a number of drill targets that will be followed up in the next round of drilling. This sampling will be finished this month, and as shown in Image 1, there are surface indications at the Rapier West prospect of dominant malachite and minor azurite (copper oxide minerals) being encountered in rock hand specimens (Location 6975054 mN, 613822 mE: MGA zone 50) during that sampling programme. These occurrences of copper oxide have historically been reliable indicators of sub surface copper mineralisation in the area.

The drill core from this programme is currently being prepared for metallurgical test work on alternative techniques for extraction of copper. Visual observations of the core and mineralogy are very encouraging and we look forward to providing market updates over the coming months.

Further, RC samples will be collected and despatched to the metallurgical laboratory for mineralogical diagnostic test work. These results will be also available in the coming months.

We have obtained further samples for assay from the Phase 1 RC programme and results from these are expected to be received by November 2019. These will then be combined with the previously released results to determine our Phase 2 drill hole programme. Once the Phase 2 drill programme is finalised, a drill rig will be mobilised to site for the follow up drilling again expected to commence in late November 2019.

Currently the Company geologists are conducting a regional soil sampling programme to follow up on identified regional targets. The results of this sampling will enable the drilling to focus in on areas of interest. The results are expected in November 2019 and follow up drilling expected shortly thereafter.

ASX:MGV), an option has been granted by Musgrave Minerals Limited to earn-in and joint venture for an 80% interest in the non-gold rights over the tenements at the Cue Copper Project (CYM ASX Release 25 March 2019). 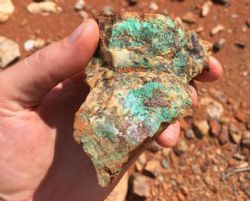 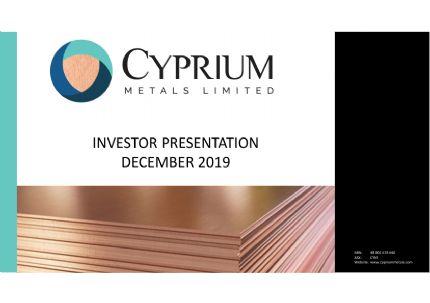