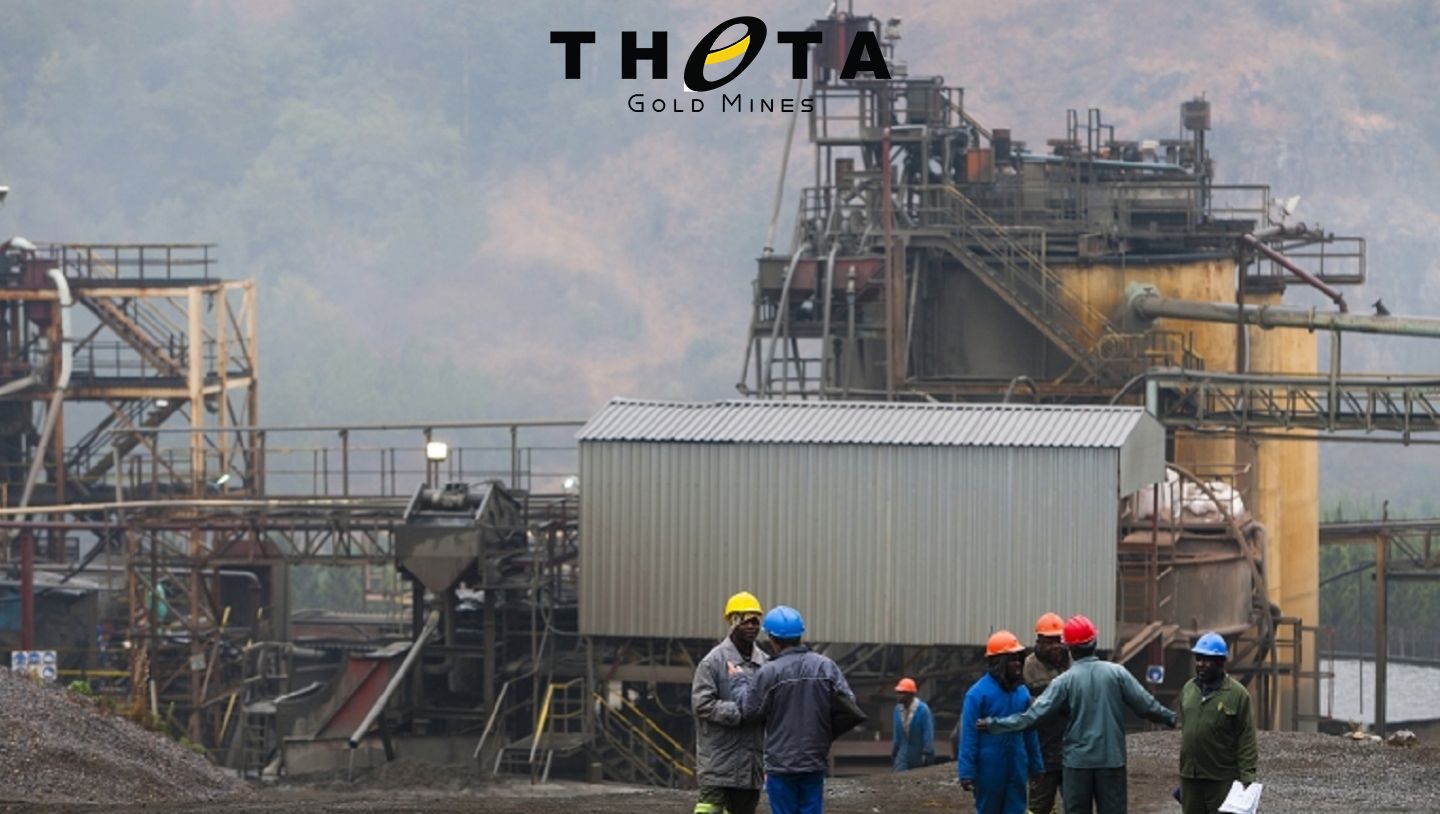 TGMGF:OTCMKTS) is pleased to provide an update on the progress made for the Feasibility Study ('FS') being undertaken at the Company's TGME Underground (UG) project which comprises the Beta, Frankfort, CDM, and Rietfontein mines.

Commenced in September 2021, the Feasibility Study is now ~85% finalised following considerable progress made on a number of key workstreams including the completion of block models, mine scheduling, geotechnical, ventilation and engineering studies and metallurgical test work (refer table 1*).

The feasibility study is anticipated to be finalised in Q2, 2022, which will allow the Company to progress towards mine build and project development financing. Post DFS the company will advance discussions with several parties in relation to the larger develop CAPEX funding options. The DFS will incorporate four mines and a shared metallurgical facility, designed according to multiple detailed studies and test work that are now drawing towards a final conclusion.

Metallurgical test completed for Rietfontein Mine

Samples were collected from both high and low-grade gold areas in the mine to get a representative sample. The bulk sample was dispatched to "Ready Lead Assay Laboratory" for Bottle Roll Leach Test. Testing confirming a free-milling ore with a head grade of 4.41g/t and an overall ore recovery factor of 89.5%.

Rock engineering modelling has also now been completed on the vertical gold reef system at Rietfontein. The modelling was undertaken to assess the optimum rock support system, indicating the size of the rib, crown, and sill pillars. Results from Rock Mechanics Laboratory revealed that a 2.5m rib pillar, 5.0m crown, and sill pillar will be stable and the conditions acceptable for shrinkage mining at Rietfontein.

In addition, the uniaxial, tensile, and compressive strength and deformation modulus of the reef and surrounding rock was tested. The hanging wall and footwall are both more competent rock than the reef with higher Uniaxial Compressive Strength (UCS) and elastic modulus. The implication is that the reef can be blasted out without causing excessive damage to the hanging wall and footwall. It also implies that the correct sized pillars will intentionally crush without damaging the host rock.

Chairman Mr Bill Guy stated, "The completion of metallurgical test work and rock engineering modelling moves the feasibility study one step closer to completion. With Rietfontein now included in the TGME Underground project DFS alongside the Beta, CDM and Frankfurt mines, the board hopes to extend the Life of Mine to approximately 10 years.

"With the feasibility now moving to into its final stages we will continue to ramp up initiatives in order remain on track for completion in Q2. I look forward to updating shareholders as initiatives are completed and milestones hit." 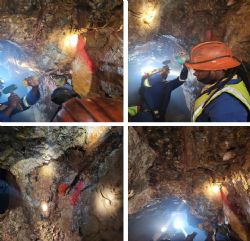 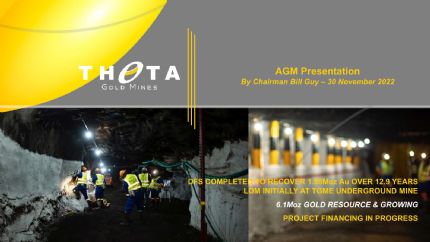