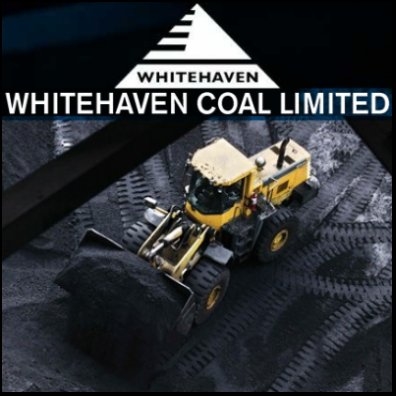 Whitehaven Coal (ASX:WHC) has entered into a Heads of Agreement to sell a 7.5% interest in its Narrabri Joint Venture Project to a Korean Consortium for A$125 million. The consortium of Korea Resources Corporation and Daewoo International Corp (SEO:047050) will also contribute 7.5% of the project's future costs.
Sydney, Aug 7, 2009 AEST (ABN Newswire) - US stocks fell for a second day on Thursday as investors worried over the key employment figures, which are scheduled to release on Friday. Most economists expect the data will show the unemployment rate climbed to 9.6 per cent, from a 26-year high of 9.5 per cent in June.

The National Australia Bank's survey of small and medium enterprises (SME) for the June quarter shows that more small businesses are confident about posting a profit in the second half of 2009. The report's measure of the outlook for profitability among SMEs improved 28 index points to plus-one points in the quarter while measure of business confidence rose 15 index points to minus-seven points. A reading above zero indicates optimists outnumber pessimists.

The Australian Industry Group-Housing Industry Association performance of construction index (PCI) fell 3.1 index points to 39.5 points in July, as the slow pace of apartment building has held back overall recovery in the construction sector. The index has remained below the 50 level, which separates growth from contraction, for 17 months.

Whitehaven Coal (ASX:WHC) has entered into a Heads of Agreement to sell a 7.5% interest in its Narrabri Joint Venture Project to a Korean Consortium for A$125 million. The consortium of Korea Resources Corporation and Daewoo International Corp (SEO:047050) will also contribute 7.5% of the project's future costs.

Webjet (ASX:WEB) increased its annual net profit by 15 per cent to A$7.7 million for the 12 months to June 30, from $6.7 million in the prior corresponding period. Webjet will pay a final dividend of 3.5 cents per share, taking the full-year dividend to 6.5 cents.

Suncorp-Metway Ltd (ASX:SUN) says it full year profit could fall as volatile markets hit profits in the general insurance investment portfolios. Net profit after tax, Promina acquisition items and minority interests is expected to be in the range of A$340 million to A$360 million. Suncorp acquired fellow insurer Promina in early 2007 to become Australia's third largest general insurer.

West Australian Newspapers Holdings Ltd (ASX:WAN) reported a net profit of A$87.2 million for the year to June 30 2009, compared with A$109.9 million in 2008. The company's full-year profit declined 20.6 per cent as advertising revenue was hit by the economic slowdown.