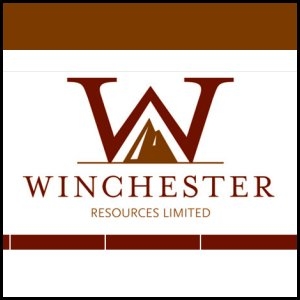 ASX:CBZ) today announced confirmation from the Japanese Patent Office that it intends to grant the "Chaperonin 10 Immunosuppression" patent. Granting of this patent secures for CBio exclusive rights in the use of XToll(R) in Japan. XToll(R) is a potential new-generation drug therapy which could provide safer and more effective treatment of autoimmune diseases such as rheumatoid arthritis. The patent is now either allowed or granted in the three major jurisdictions: USA, Europe (in 26 member states) and Japan, as well as in Australia, New Zealand, India, China and Singapore and is currently under examination in South Korea and Canada.

ASX:GIP). The Mineral Resource now stands at 49,000 tonnes of contained tin for the three deposits identified to date within the Heemskirk Tin Project. The Company will commence a scoping study in the June quarter.

ASX:NUP) announced a resource estimate arising from its recent exploration activities at the Eva Tenement. The tenement now contains 1.43 million pounds of U3O8 and 12,300 oz of gold. NuPower intends to undertake metallurgical test work on samples from the Eva Tenement over the coming months to assess the viability of potential treatment methods.