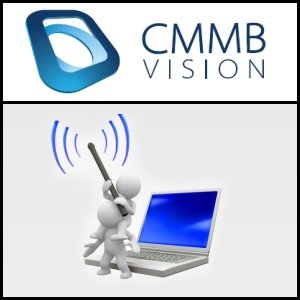 HKG:0471) has successfully developed and produced its first 6-MHz CMMB chips for CMMB signal reception designed for the existing US television channel spectrum bandwidth. The standard TV spectrum channel for transmitting CMMB service in China is 8 MHz, while in the Americas a 6 MHz channel is the standard. The new 6 MHz chips will be incorporated into a wide range of existing CMMB products, including smartphones, tablets, USB dongles, mobile TV receivers, and business systems, for CMMB Vision to market its entire product range in the US market.

HKG:0119) announced today that the Group's contracted sales in 2011 amounted to approximately RMB 15.8 billion and the contracted gross floor areas sold were around 2.15 million square metres, representing a year-on-year growth of 39% and 47% respectively. The Group is one of China's prominent property developers, with residential and commercial properties in the cities along Yangtze River Delta and Pearl River Delta as well as in the second-tier cities and provincial capitals.

NYSE:SAP) Japan to provide Cloud Computing service - Software as a Service (SaaS) to global users. NEC is Japan's leading provider of technology products and solutions. It creates and provides cloud solutions and services that contribute not only to the field of IT and Networks but also to societal, individual and corporate activities.