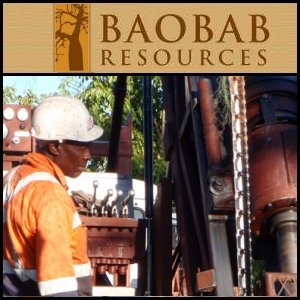 LON:BAO), the iron, base and precious metals explorer with a portfolio of mineral projects in Mozambique, is pleased to announce a placing of 50,000,000 ordinary shares ('Ordinary Shares') in the Company (the 'Placing Shares') at a price of 8p, raising GBP4,000,000 before expenses (the 'Placing').

The Company has entered into an equity subscription agreement with Redbird Investments Ltd. ('Redbird'), a fully owned investment vehicle of African Minerals Exploration & Development SICAR SCA ('the Fund'). Under this agreement, Redbird has agreed to subscribe for 50,000,000 Ordinary Shares at 8p per share to raise GBP4,000,000 and has been granted 25,000,000 warrants over Ordinary Shares that are exercisable at 12p per share up to 6 July 2013 which, if exercised, would bring the total investment up to GBP7 million.

As part of this Placing, under certain ancillary agreements, the Fund will appoint a nominee to the Board of Baobab (which will occur following completion of necessary procedures) and has the right to appoint a further nominee upon exercise of the warrants.

African Minerals Exploration & Development SICAR SCA is a recently launched Luxembourg based fund that is actively investing in brownfield mineral projects, predominantly in Africa. The Fund counts among its founding partners David Twist and Rudolph de Bruin, who have a proven track record of bringing large scale African projects into production.

Funds raised will be used by the Company primarily for the completion of the pre-feasibility study (PFS) on its highly prospective Tete Project and to provide on-going working capital for the Company. Drilling on the Ruoni Flats (see RNS dated 24 May 2012), where a 120Mt to 260Mt Exploration Target has been estimated by consultant Coffey Mining, has continued to intersect a thick, heavily mineralised package and the Company looks forward to presenting the drill hole analytical results as they become available.

Application will be made to the London Stock Exchange (

LON:LSE) for the Placing Shares to be admitted to trading on AIM and it is expected that Admission will become effective and that trading will commence on 12 July 2012. These shares will rank pari passu in all respects with the existing issued Ordinary Shares in the Company. The total issued share capital of Baobab following this allotment will be 264,137,900 Ordinary Shares and Redbird will have a relevant interest representing 18.93% of the Company's total voting rights.

Commenting today, Jeremy Dowler, Baobab's Chairman, said: "the Company is very pleased to welcome the Fund on board and we look forward to working with them to build Baobab into a successful pig iron producer. The African Minerals Exploration & Development investment brings with it not just the assurance of full-funding beyond the conclusion of the PFS, but also an exceptional depth of experience in the mining finance space, specifically in Africa." 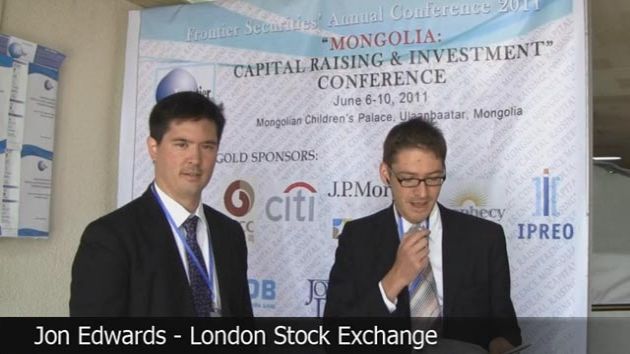