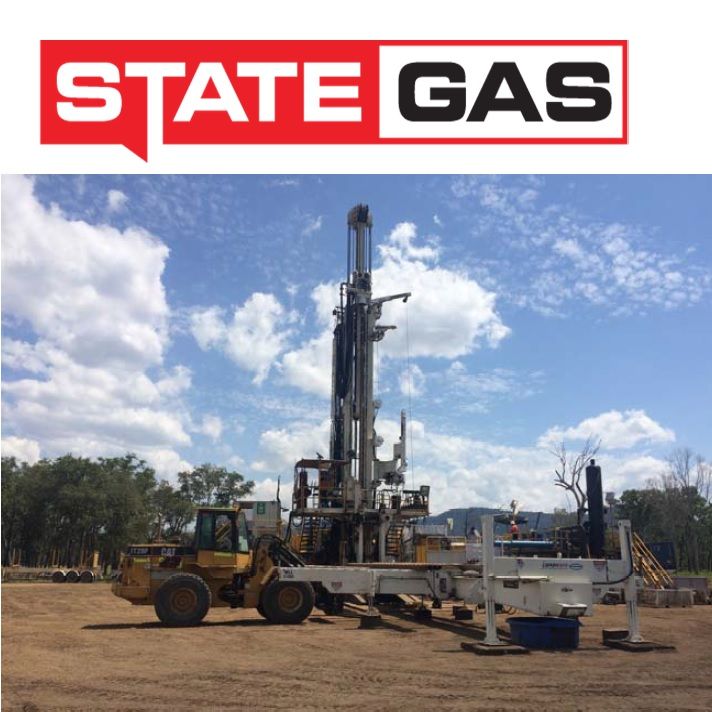 ASX:GAS) is pleased to provide a further update on field activities at its Reid's Dome Gas Project (PL 231).

- Serocold-1 spudded on 6 December 2019, with drilling and testing expected to be completed within approximately two weeks.

- Currently at 269m depth at Serocold-1, pulling out of hole to DST the Cattle Creek Sandstone.

- Nyanda-4 well placed on production test on 4 December and is currently de-watering.

- The increasing casing pressure being recorded at Nyanda-4 during early de-watering indicates that the well has already commenced desorption of gas from the coals and is a positive sign for future gas production.

- Essential data is being acquired for the Company's Target 2021 Gas-to-Market strategy.

As outlined in the Company's release of 3 December 2019, the field season at the Reid's Dome Gas Project is drawing to an exciting end with frenetic activity underway to complete work required to inform the planning of the Company's Target 2021 Gas-to-Market strategy.

Located in the centre of PL 231, approximately half way between the Aldinga East-1A and Nyanda-4 wells (refer Figure-1*), Serocold-1 has been located to provide important information about the extent of coals and gas throughout the Reid's Dome Gas Project.

Nyanda-4 was placed on production test on 4 December 2019, with water being pumped-down in a controlled manner to decrease the hydrostatic pressure within the well in order to release gas in the coal seams.

The water level in Nyanda-4 is currently 233m below the well surface level, and the de-watering process has reduced the bottom hole pressure to 377 psi.

In a positive sign for future gas production from Nyanda-4 and the Reid's Dome coals, the increasing casing pressure being recorded within the Nyanda-4 well during early de-watering indicates that the well has already commenced desorption of gas from the coals.

The testing being conducted at Aldinga East 1A was completed on 5 December and included four successful Drill Stem Tests.

The pressure data acquired during testing reconfirmed the presence of gas within the Cattle Creek Formation sandstone at Aldinga East-1A.

A down-hole gas sample taken from the well was analysed by an independent laboratory as containing 97.88% methane (i.e. pipeline quality gas).

This testing and drilling information being acquired during the 2019 field program at Reid's Dome is providing essential information for State Gas to design the pilot project for 2020 in order to optimise gas production and reserve upgrades in line with the Company's Target 2021 Gas-to-Market strategy.