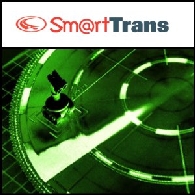 SmartTrans Holdings Ltd (ASX:SMA) announced that it's China SmartPay business has achieved yet another record result for the Company in China, delivering revenue of A$450,000.00 for the Month of June. 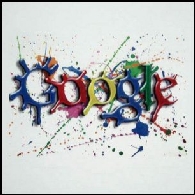 Asian stocks mostly Friday moved higher at opening after the strong economic figures from the US boosted investor confidence. Today the focus will be on a series of economic data of China. The nation's key official figures on industrial production, CPI, and retail sales are due out later in the day.

Asia has been providing serious global leadership in its application of FttH. Not appearing to be constrained by the same desire to protect legacy networks that is found in other parts of the world, a number of Asian markets are already pushing strongly into fibre networks in various forms. With Japan out in front yet again, FttH has quickly emerged as a serious broadband platform in that country. The technology in Japan has jumped from 1.5 million FttH subscribers in mid-2004 to around 10 million in mid-2007.

In 2006 and 2007 the market is seeing significant increases in carrier portal services; however they are coming from a rather low level and are still well below the PSMS market. Traditional Premium SMS (PSMS) also showed growth, but that market is set to remain static, due to the impact of the Vodafone prepaid caps restricting access to PSMS.

The future directions for the digital media is becoming clearer. The traditional media are moving into more innovative directions. The mobile and fixed telcos still keep posturing but have failed the lead they had in the market for the last 5 years.

After two years of turmoil the government has at last made a decision on how to proceed with broadband in Australia.

The stakes have been raised since bipartisan political approval has been given for spending billions of dollars on new broadband infrastructure. Some $5 billion, at least, is at issue and international interest in these developments is evident.