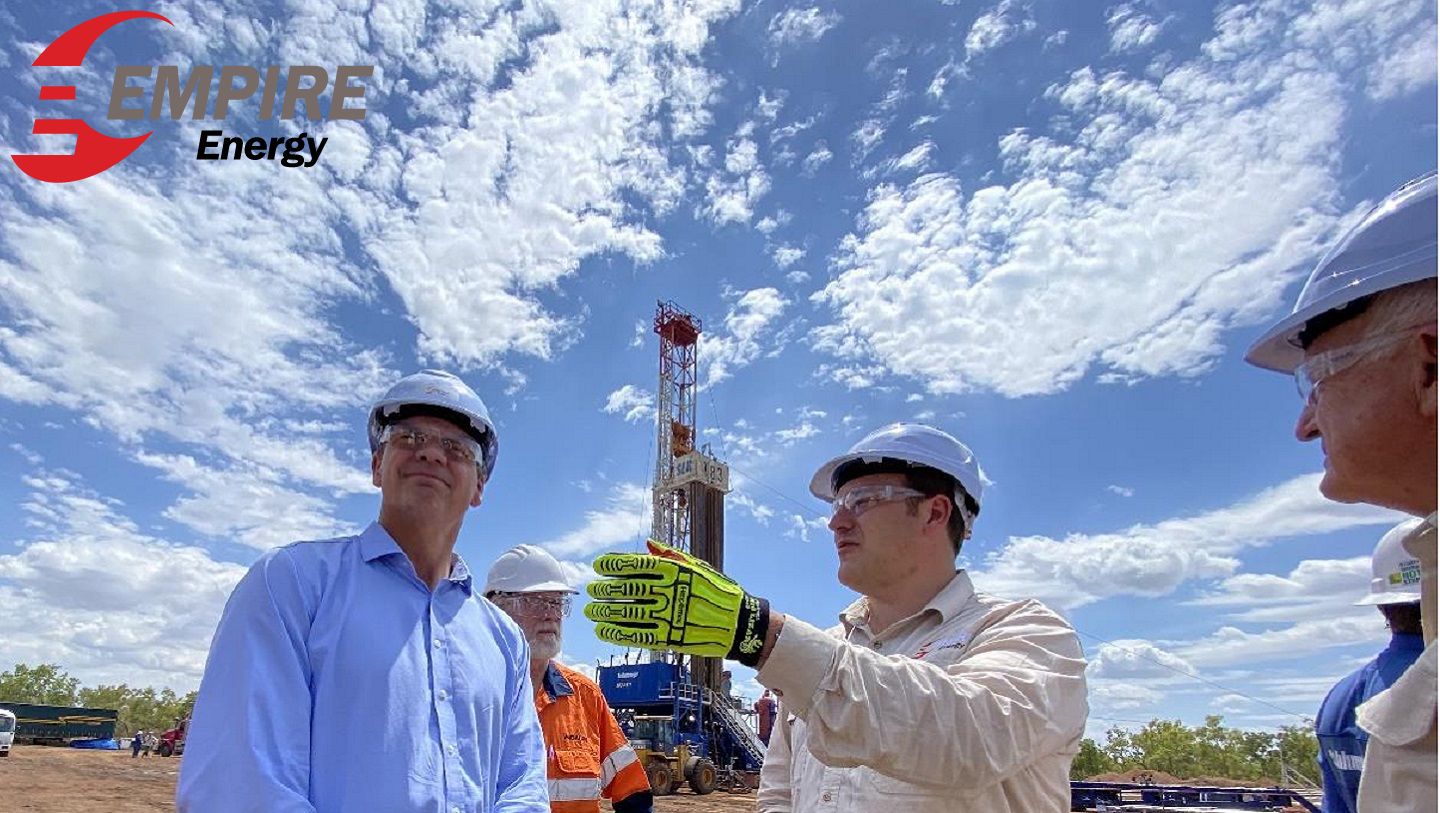 OTCMKTS:EEGUF) drilled its first Beetaloo Sub-basin well, Carpentaria-1. The results materially exceeded expectations and have established a platform for further growth throughout 2021.

- Preparation for the recommencement of Empire's field work program in EP187 at the onset of the 2021 drilling season, including fracture stimulation and flow testing of Carpentara-1, is well advanced

- The Australian Government has released its Beetaloo Strategic Basin Plan as part of the Gas-fired Economic Recovery committing $220m to the Beetaloo, including $50m to support exploration and appraisal drilling by Beetaloo operators

- The Territory Economic Reconstruction Commission has handed down its final report, which was endorsed by the NT Chief Minister, reinforcing his Government's positive stance for the priority development of the Beetaloo Basin and the NT's onshore gas resources

- Global energy prices, particularly LNG delivered into North Asia, have recovered strongly underscoring the importance of oil and gas to the global economy

- The Company ended the Quarter with US$11.1m in cash

Comments from Managing Director Alex Underwood: Empire has had another successful Quarter building the value of our Northern Territory properties. We are continuing that momentum in the new year as we prepare for another busy drilling season, focused on appraisal of the Velkerri Shale stacked pay resource in EP187. With over US$11 million cash at bank at Quarter end, we are well funded to carry out appraisal activities and flow testing on Carpentaria-1. Australian investors have had limited exposure to the technical concepts driving shale gas exploration and production. Recognising this, our team has made special efforts to build shale gas awareness and knowledge and we appreciate that our messages are also reaching the halls of government. In upcoming releases, we will put the microscope over the rock property results from our geotech lab and the implications for future development activities. Government recognition of the Beetaloo and the Greater McArthur Basin matters to Australia in many ways. Their potential may rival the North West Shelf and deliver long-awaited economic rewards for the Northern Territory economy and Australian energy security. The Beetaloo Strategic Basin Plan announced last week by the Federal Government aims for large scale gas production by 2025 through drilling incentives, infrastructure delivery, studies and more. We are also working on earlier production scenarios for 'ramp-up' gas utilising the McArthur River pipeline only a few kilometres from Carpentaria-1. The Empire team continues to work hard for shareholders as we prepare for a busy year ahead. 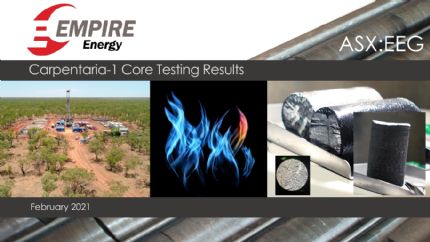