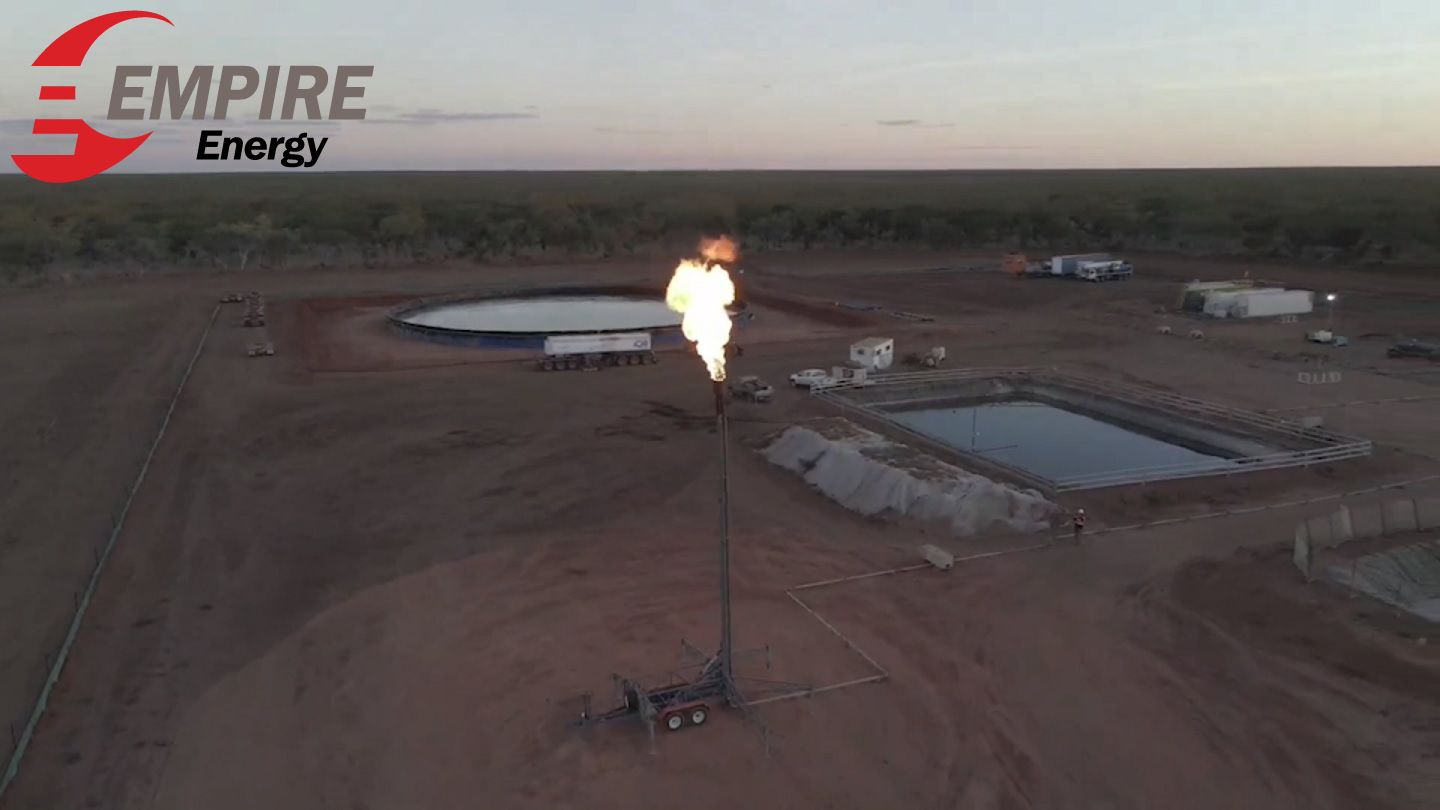 OTCMKTS:EEGUF) is pleased to provide an update to shareholders on the continuing positive progress at the Carpentaria-1 well in EP187. During initial clean up Empire has successfully flowed gas to surface as shown in the photo of gas flaring at Carpentaria-1 below.

The Carpentaria-1 well gas contribution has steadily increased through the initial flow-back post fracture stimulation. Empire is preparing to run the production test completion into the well over the next few days in preparation for further well analysis and extended production rate testing.