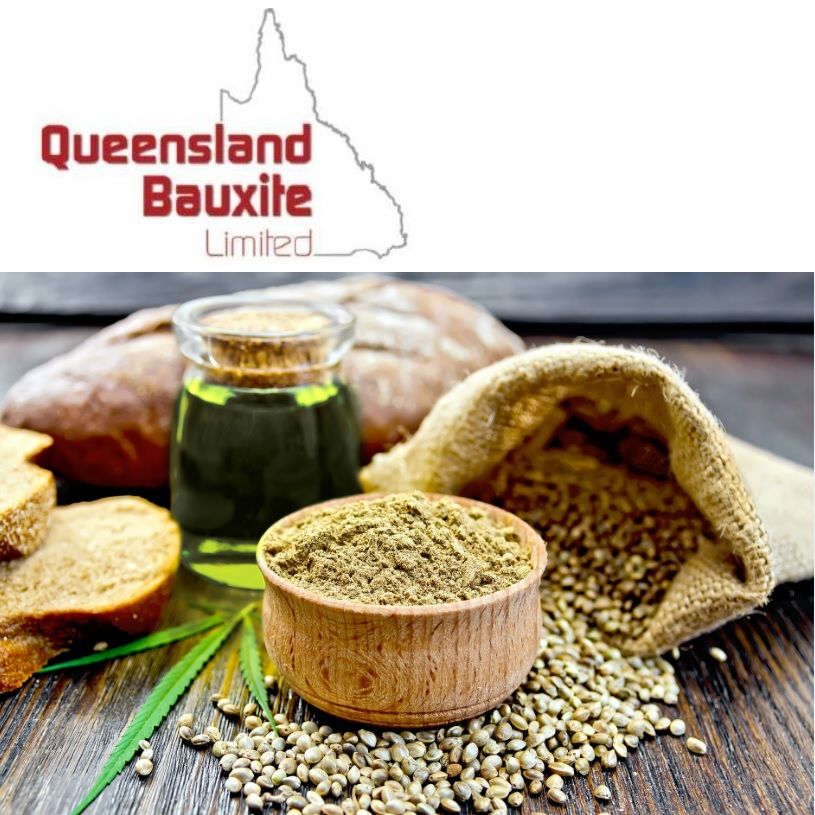 MCL will provide AEB with additional assistance and expertise required to cultivate the Cannabis plants, while MCL retains the exclusive rights to develop these cultivars for human medical research and development.

This agreement sets AEB up amongst the very few Australian medical cannabis companies with an Australian lawful source of cannabinoid producing plants, starting material, genetics and hands on experience to put it at the forefront of the new age in Australian medical Cannabis law reforms. It also enables MCL to significantly benefit from the groundwork, research and product development that will be performed by AEB.

Being able to capitalise on this early mover opportunity, AEB intend to call on its in house expertise and research and development collaborations to develop these medications and therapeutics for the animal and livestock industry.

Malcolm James, Executive Chairman and Managing Director of AEB said. "We knew the securing of a certified starting material would be a key component to our future endeavours, this agreement far exceeds this and will build on our available expertise in the field and consolidate to a far greater degree the groundwork we have already done in a relatively short time."

The agreement seeks to combine resources, experience and technical knowledge to enhance and fast track research in several fields of animal treatment, care and health which have been identified as feasible and untouched entry points.

The international market for veterinary supplies is a multi-billion dollar industry. Though product development in the veterinary field isn't as expensive as human drug development, many human medications are routinely discovered or adapted from animal trials and research.

It is the goal of AEB to be actively developing medical cannabis products for animal use in 2018 and to be the leaders and at the forefront in supplying the huge local and global animal industry with these unique products. There is a massive demand in the animal industry for suitable and safe drugs for the transport and general treatment of animals whether for anxiety or pain related problems, and appropriate cannabis products is believed to be the perfect solution, which AEB intends to introduce to and provide this huge industry and its demand.

Malcolm James (AEB) added, "There's no doubt we have secured one of the most coveted assets in the medical Cannabis industry, being our own exclusive lawful and licensed Cannabis seed bank for our further business development. We are most appreciative to MCL for this contribution. We are adamant that 2018 will essentially be an extremely busy and fruitful year with many plans being put into action while both our companies take advantage of new and innovative opportunities this agreement now opens for us.

"MCL can ensure a seed base will be granted to begin breeding and multiplication programs that will produce a suitable and consistent bulk supply of cannabinoids for research through to full production of developed products.

"AEB will be the exclusive world-wide distributor of all products developed by AEB, and we are pleased to have been entrusted with this valuable asset by the team at MCL."

Terpines and volatiles are another group of complex compounds produced by the cannabis plant. These compounds make up the aromas associated with the Cannabis plant and are thought to exert their own medical beneficial properties while modulating and moderating the effects of cannabinoids.

Mr Kavasilas said. "We're all well aware that all genuine drug development involves animal testing, and there definitely is no better place to start the journey than to look at large stock, other farmed livestock and companion animal drug development which will produce an immense amount of data to feed into subsequent human applications".

By initiating such an agreement, AEB and MCL believe that other Australian companies will seek to join forces to help shape the future landscape being tentatively developed in Australia since changes by the Federal Government in relation to medical cannabis law reforms opened the door to legitimate cannabis investments.

Mr Kavasilas added. "This agreement gives AEB a uniquely rare and tangible direct entry point to the under-researched pavilion of veterinary cannabinotherapy production where very few companies in the world have been able to enter within Federal government laws.

"The nature and spirit of this agreement indicates the high level of cooperation needed to be demonstrated by intelligent companies to achieve meaningful outcomes in the shortest possible time lines".

Under the Licensing agreement, it is intended that MCL be issued with AEB shares in order for MCL to become a 19.99% shareholder of AEB. The material steps of the license agreement are:

(a) AEB paying a deposit to MCL of 50 million AEB shares on execution of this Agreement;

(b) upon Shareholder Approval, a further issue of AEB fully paid ordinary shares to MCL to bring MCL to be a 15% shareholder of the then issued capital of AEB with 1 nontransferable option for every 5 shares issued (including for.the.deposit 50 million shares) with a strike price of $0.075 and maturing on 31 December 2020 ("Options");

(c) paying a further equivalent of 4.9% of the issued capital in AEB, to bring MCL to be a 19.9% shareholder of AEB at that time, together with attaching options as per 3(b) above, on the date that AEB extracts oil from MCL cultivars;

(d) 5% net royalty payable to MCL on any human applications coming from AEB's development of animal products; and

(e) All shares issued in accordance with the agreement shall be subject to a 12 months voluntary escrow period from the date of issue; and

The board of QBL is extremely pleased with this latest development of yet another strategic alliance, and looks forward to seeing a successful mutually beneficial relationship develop with AEB in 2018.

Queensland Bauxite Limited (ASX:QBL) is an Australian listed company focused on the exploration and development of its bauxite tenements in Queensland and New South Wales. The Company's lead project is the South Johnstone Bauxite Deposit in northern Queensland which has rail running through the project area and is approximately 15-24 kilometres from the nearest deep water port. The Company intends to become a bauxite producer with a focus on commencing production at South Johnstone as early as possible. The Company also pursues additional investment opportunities, and has agreed to acquire a 100% shareholding in Medical Cannabis Limited, an Australian leader in the hemp and Cannabis industries, and a 100% shareholding in Medcan Australia Pty Ltd, a company with an ODC cultivation and production License and a DA approved Cannabis production and manufacturing facility.