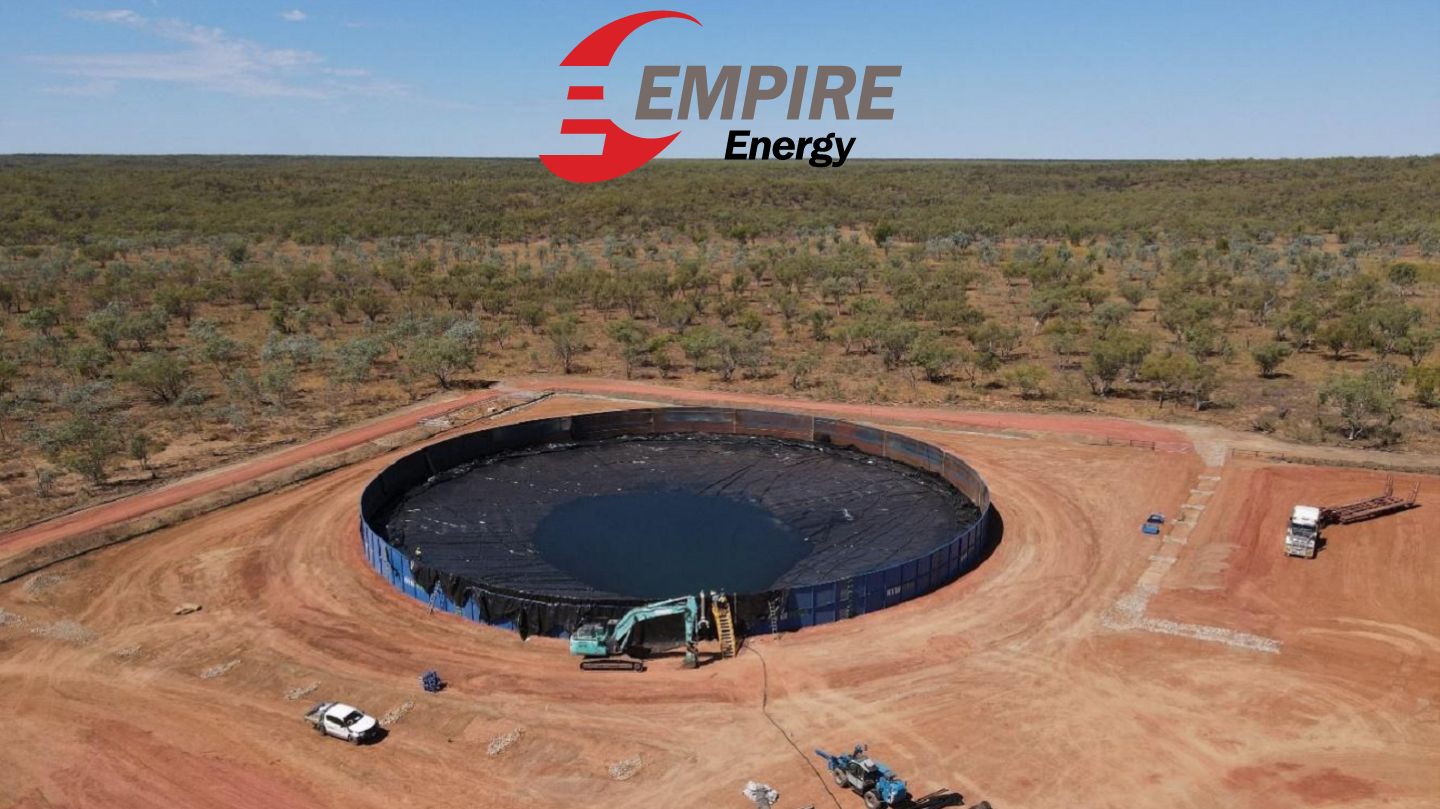 EEGUF:OTCMKTS), a key milestone in the execution of the 2022 drilling, stimulation and flow testing program, the largest in the company's history.

"I am delighted that our operations team has successfully stimulated Carpentaria-2H, the largest stimulation of a Beetaloo well to date, without environmental or safety incident. This is another big milestone for Empire Energy and the Beetaloo Basin as a whole.

As previously advised, a key objective of this well is to test a series of stimulation fluid systems to optimise future production performance. I am pleased that we have been able to successfully stimulate numerous stages of each fluid type whilst placing the target amount of proppant in each stimulated stage. It is of particular note that we have been able to stimulate 7 stages using slickwater, which is the predominant system used across the shale fields of the USA. If slickwater is demonstrated to be productive, it is likely to drive significant cost efficiencies in future development scenarios. This program has validated our testing of pump down plug and perforating techniques, limited entry stimulations, 4 separate fluid systems, dissolvable flow through plugs, and our ability to deliver multiple stages per day.

We have commenced the process of flowing back injected fluids and have 'cleaned out' the well bore using a coiled tubing unit to maximise flowback efficiency. We expect to announce stabilised gas flow rates in the coming weeks."

Empire successfully stimulated 21 stages across the horizontal section of Carpentaria-2H, using the 'plug and perf' method.

As previously advised, a range of different fluid systems are being trialled to assess the optimal fluid system for future wells, including Carpentaria-3H.

The total of 6,283,200 lbs of proppant was successfully placed without screen out on any stage, representing 97% of the designed proppant volume.

The following milestones have been achieved:

- Executed without any environmental or safety incidents

- Placed 97% of the designed proppant volume into the stimulated stages

- The first time that a Beetaloo operator has successfully placed multiple slickwater stages without 'screening out' (screen out occurs when sand obstructs the perforations preventing further fracture propagation and sand placement). Slickwater stimulation fluids may have significant positive implications for cost reductions and production in future development scenarios as the slickwater system is the lowest cost system due to lower chemical additive requirement

- Achieved technical learning during the stimulation program resulting in increased operational efficiencies, including 2 stages stimulated per day in the final 4 days of the program, which will have cost reduction benefits in future stimulation programs.

Empire had originally planned to pump up to 26 stages. The program was however reduced by 5 stages in the vicinity of a previously mapped geological fault as a conservative risk mitigation.

Fluid flowback has commenced, with approximately 4% of placed fluids recovered in the first ~24 hours of flowback. Empire has cleaned out the wellbore to maximise flow efficiency and ensure that all stimulated stages are contributing.

Stabilised gas flow rates are expected in the coming weeks, although a range of operational factors will affect this timeline.

12 different tracers were placed across the 21 stages, to determine which stages generate the strongest production performance and to optimise completion design for future wells. In the success case this will drive increasing production rates and reduced costs, consistent with the productivity enhancements that occurred across each shale gas basin in the United States of America.

Preparations for the 2022 drilling program continue to advance according to plan.

Empire remains on track to drill and stimulate the Carpentaria-3H well (on the same well pad as Carpentaria-2H) and drill Carpentaria-4V well this year. 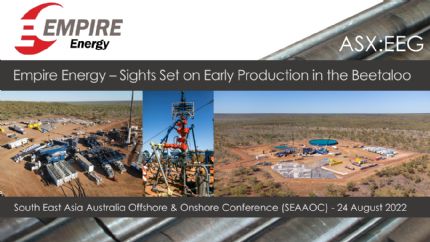